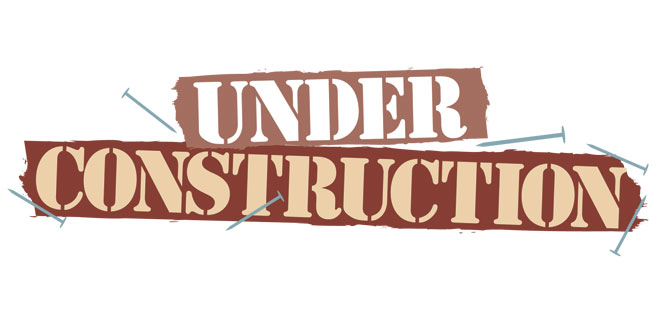 Larry Honig had one question for Tim Pinter during the October 7 City Council meeting. The Marco Island city councilor wanted to know if and when the city’s public works director and his staff are going to provide a comprehensive, long-term plan for the island’s 127 miles of roadway.

The question came after a long week of frustration and disappointment for Pinter. First, the Planning Board took him to task over his second presentation on rerouting truck traffic away from Smokehouse Bay Bridge. Second, city councilors tabled both of his department’s requests during their meeting. Pinter sought approval to spend $139,947 to begin the bid package for repairs to the bridge and its seawall, and he also asked council for $746,000 to resurface seven miles of roadway in the new fiscal year.

Honig still has not received an answer to his question, and when asked in an interview if these actions will result in the development of a comprehensive plan for the city’s roads, Pinter responded, “I have no answer for this.”

The question dates back to this summer’s Budget Sub-committee meetings when Pinter originally asked for $1.7 million to resurface Marco Island’s roads. His argument was that while 70 percent of the island’s roads had been resurfaced during city’s Septic Tank Replacement Program, or STRP, the remaining 30 percent had never been resurfaced. “Resurfacing of the roadways has been included in every (Capital Improvement Projects) budget since 2009,” Pinter indicated in the interview. “However, this program has not been authorized either by the city manager or the City Council.”

During the budget meetings, the sub-committee dedicated no funds to road resurfacing. According to Honig, this was in part due to the sub-committee’s fiscally conservative approach to the FY2014 budget, but it also was done because the city has no long-term street plan on record. “We said get a comprehensive street resurfacing program,” Honig added. “We said we really would like to see that long-range plan.”

Subsequently, Pinter twice presented his request to the City Council — September 3 and October 7— for funds to resurface seven miles of road in Marco Island. After sending the project out to bid, prices ranged from $894,466 to $1.13 million, which left city councilors and Pinter equally frustrated. Councilors questioned the price tag. “This is as cheap as you can get,” Pinter told the City Council at its September 3 meeting. “The end of the story is that it is your choice. I am frustrated. I am a citizen of this island, and I have to drive around here. It is embarrassing. Truly embarrassing.”

Upon negotiating with the low bidder to use a different type of asphalt, Pinter came back on October 7, settling on the $746,000 price tag for his second request. The City Council’s decision, however, was the same, and they tabled the project altogether. Additionally, this time, Honig was not alone is asking for long-term transportation planning.

During the discussion about the tabled Smokehouse Bay Bridge repairs on October 7, Councilor Larry Sacher submitted that “it is time to take a longer view on things” and that with specific respect to the bridge and rerouting truck traffic the city needed “a better understanding of potential conflicts with other projects and impact on road beds.”

A long-term, comprehensive plan, if you will.

Still, in an interview, Honig sympathized with Pinter to a degree and noted that the lack of planning is a citywide problem. “We should definitely do more planning,” he admitted. “That is the role of the city. From council’s standpoint, because there isn’t this level of planning, we ask for it piecemeal. We need a plan for the city, and it is a great time for new a city manager to wrestle that to the ground.”

“At some point, this city needs to take ownership from a management and planning standpoint.”