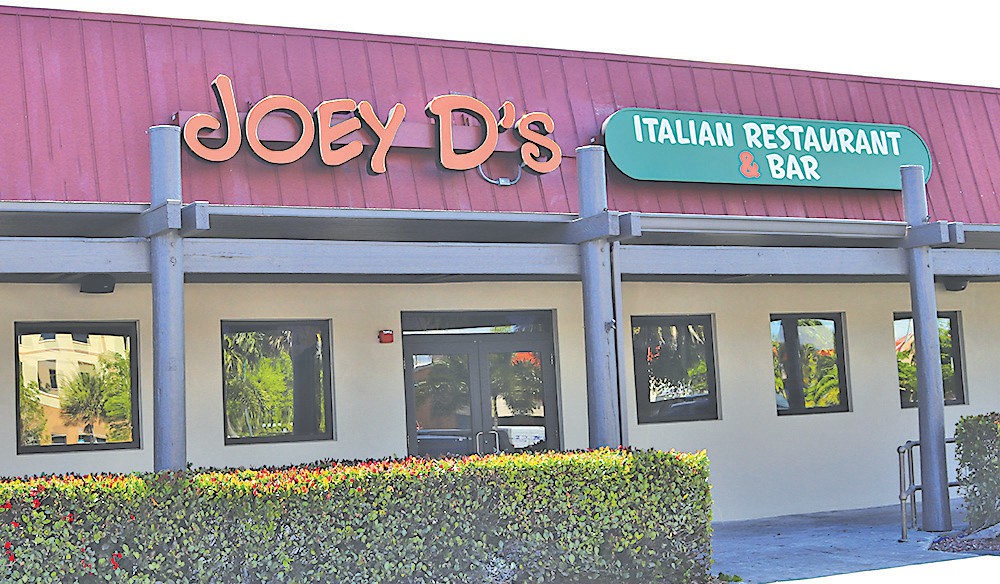 If you were anywhere near 701 Bald Eagle Drive on Monday at 5 PM your thoughts had to reflect back on the 1989 hit movie “Field of Dreams” and the catch phrase, “Build it and they will come.”

That certainly was the case when the doors opened at 5 PM and islanders poured into the newest Italian restaurant on Marco, Joey D’s. “It’s amazing, they were lining up at the doors at 4:30 in the afternoon,” said Marty Kenney, the longtime member of the management staff for the popular Naples eateries.

This will be the fourth venue that Joe Dipascale has opened over the last several years, and marks a return to the island where he opened his original restaurant almost

Ward Petrich and his wife Cheryl are joined with Mike and Bonnie Siegfried and Judy and Loren Roberts opening night at Joey D’s. Photos by Steve Stefanides

two decades ago. Dipascale originally comes from Seaside Heights, New Jersey and is proud of his roots and the quality of his food and the staff he’s assembled. Local Rob Vann, who is a familiar face to islanders and had worked with his family for many years at the popular Rookies Sports Bar at the south end of the island, is now insuring thirsty patrons are well taken care of at Joey D’s as soon as they pull up a stool.

Dipascale had originally looked at locating his new establishment in the Town Center at the site of the old Vandy’s Restaurant, but due to problems with parking and obtaining the necessary permits he chose to look elsewhere. When the 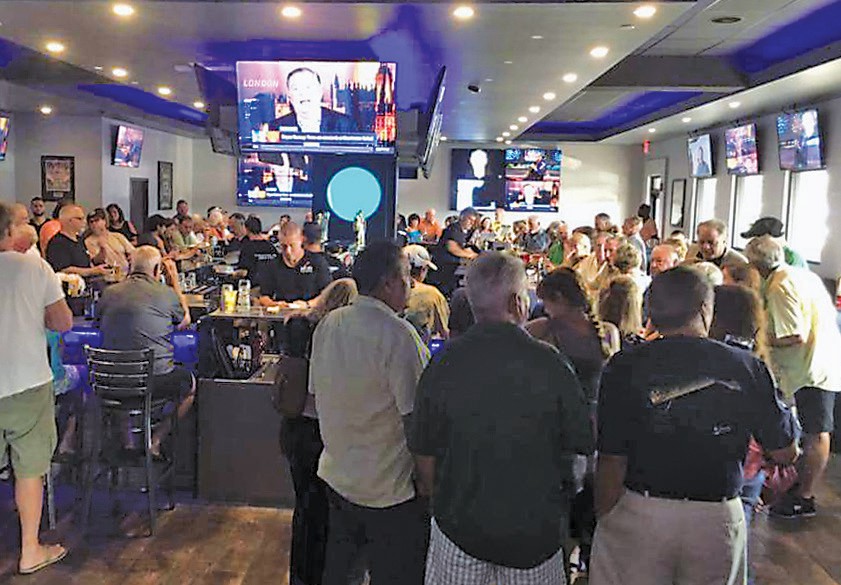 site that had housed the old Porky’s Restaurant on Bald Eagle Drive came available Pascale didn’t hesitate, and Monday evening he realized his dream to come back to Marco in grand style.

“I can’t believe how beautiful this is,” said Judy Gillis when she first entered the completely renovated interior of the restaurant.

According to Kenney they will be serving lunch and dinner, seven days a week and also offering lighter fare if you desire. For those who love watching sports there is no shortage of any of the games playing on the big screens that range up to 80’’ for your viewing pleasure. There are also twenty different beers on tap to quench your thirst while you watch your favorite team.