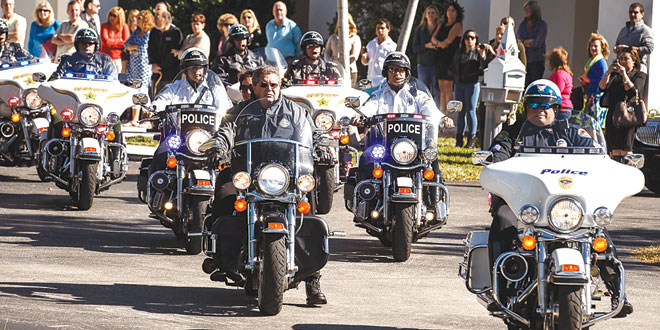 Mike and Monica Buddemeyer are familiar with the hardships of losing children to illness. Their daughter Amanda attended Tommie Barfield Elementary when after being ill it was learned she needed a multiple organ transplant. Quietly one morning, they packed Amanda in the car, and on the long drive to the hospital explained they had received a call and a donor had been found. Now was the time. After the operation and several months of poor prognosis, the Buddemeyer’s decided to bring Amanda home.

When they arrived, Amanda found friends, teachers and island residents had lined the Jolley Bridge and Collier Boulevard with signs, balloons and lots of cheer to welcome her. After spending a

few days of quality time at home, Amanda had to return to the hospital. After a second attempt at surgery failed, Amanda passed away.

The Buddemeyer’s had made quite an impression with the doctors and staff at the hospital. They saw how well they cared for Amanda; how they were able to touch other parents facing similar crises with their children. An infant facing the same problems as Amanda had come to the hospital with no one to care for her. The staff reached out to the Buddemeyer’s, who without a second thought agreed to help. They felt equipped to care for little Riana and that Amanda had led them this far. The Buddemeyer’s eventually adopted Riana, who 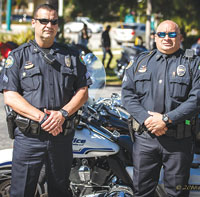 succumbed to an infection at the age of four.

This month, the Buddemeyer’s laid to rest their second adopted child, eight-year-old Logan. Logan came to them the same way Riana did, an ill child in need of love and affection. Logan was fortunate enough to find parents to love and care for him at a time he would need it the most. They knew Logan would not survive when they took him in, and yet he fell right in place in the family.

When friend Pat Wilkins had taken Logan for a ride on his motorcycle, Logan loved it! Everytime Pat would come to visit, Logan would run to the window to see if he had his motorcycle. He

loved motorcycles, so when he passed New Year’s Day, Mike asked Pat if he would lead the procession. Pat then made a call to gather a few fellow riders to honor Logan at his funeral. By the time the service ended at St. Mark’s Episcopal Church this past weekend, 82 motorcycles from five area clubs and three separate law enforcement agencies had gathered to honor Logan.

If you would like to make a tax deductible contribution to help transplant children and their families, go to amandasfriends.org. If you’re passing by a motorcycle at the corner of Bald Eagle and Elkcam Circle, you may hear an extra “vroom vroom” for Logan.

Logan is survived by his parents, Mike and Monica Buddemeyer, and his sisters, Samantha and Melissa.