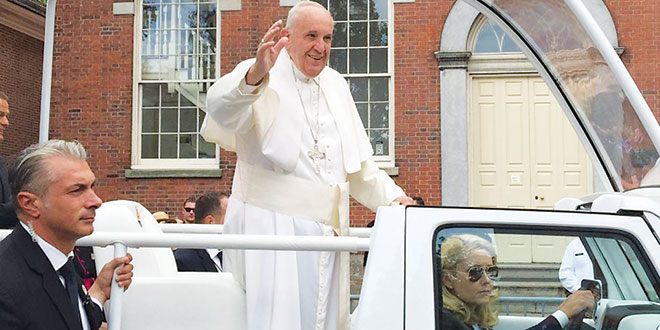 When a large event occurs within national public places, different government entities will assign a special detail. Details such as the Pope Francis visit are typically a once in a lifetime thing, and most of the rangers are name requested. They occur throughout the year for special events like the 4th of July at Independence Hall, Mount Rushmore, the Statue of Liberty and the St. Louis Arch. Others occur due to natural disasters like Katrina, Sandy, 9/11 and wildland fires. There are also the VIP details, such as protection for the President or Vice President. We assist Secret Service and other federal agencies in providing security and intelligence when these dignitaries come to our national parks.

For example, I will be going on a detail to Biscayne National Park for the Columbus Day 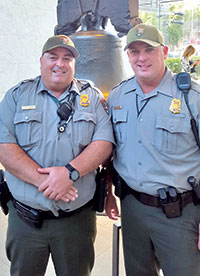 Regatta. The purpose of this detail is to supplement Biscayne Rangers who provide law enforcement and emergency services, and work with FWC, U.S. Coast Guard and Miami-Dade due to the thousands of boats and partygoers that will descend upon the national park for the long weekend. It signifies the beginning of the season in South Florida.

There were over 200 National Park Service employees from all over the country, and as far away as Alaska, working under the “Incident Command System.” So, besides about 125 law enforcement rangers, we also had paramedics and EMT’s, maintenance, IT, finance/budget, supply/logistics, and the incident command staff. Rangers came from the Grand Canyon, Yellowstone, Santa Monica Mountains National Recreation Area, St. Louis Arch, Organ Pipe, Lake Amistad, Gettysburg, Antietam, Prince William Forest, Washington D.C. Monuments, just to name a few. 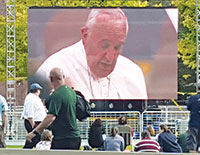 For the Pope’s visit, a Jumbotron is used to bring his message to the people.

in the armed forces. The coins are typically carried by every service member in a unit to show camaraderie. Many police departments carry coins that are unique to each shift. In the park service, several parks have their own challenge coins and very large event, like the Pope Francis detail, will produce special challenge coins, presented to those selected for the detail. Also, if a civilian saves a life or displays a courageous act, we usually give them a challenge coin.

This was an amazing detail. Hundreds of thousands of people from all over the world came to Philadelphia to see Pope Francis. Thousands of federal law enforcement officers were brought in from all over the country. It was one of the most peaceful gatherings with little incident. A few protesters showed up, but they were outnumbered by the masses and left.