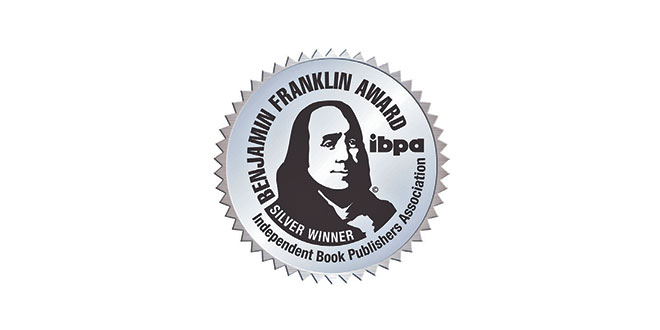 The Independent Book Publishers Association awarded “A (mostly) Kids’ Guide to Naples, Marco Island, & The Everglades” its Silver Benjamin Franklin Award, making it runner up for the Top Travel Book of 2015. Published by Naples-based Mostly Kids’ Guides, LLC, the book is the only winner featuring a U.S. destination. The other two winners featured Paris, France and Naples, Italy.

The Benjamin Franklin Awards are regarded among the highest publishing honors recognizing excellence in book editorial and design. Nationally known travel journalist and book author Karen T. Bartlett is the founder of Mostly Kids’ Guides. She has been a resident of Naples, Florida since 1989.

The bright, hilarious guidebook explores both well-loved and undiscovered family pleasures, unique experiences and outrageous adventures along Florida’s Paradise Coast, from the attractions of Naples to the endless nature-based activities on Marco Island to rugged experiences deep within the Everglades. Since its release in February 2015, the book has been a popular tool for vacation planning, as well as a fun read for armchair travelers.

The Paradise Coast Convention and Visitor’s Bureau distributes the book at tourism marketplaces around the world to promote Naples, Marco Island and the Everglades as an exciting family destination. It also is sold in more than 50 bookstores, gift shops, children’s boutiques and galleries throughout the region, as well as worldwide via Amazon.com.

“A (mostly) Kids’ Guide to Naples, Marco Island & The Everglades” has 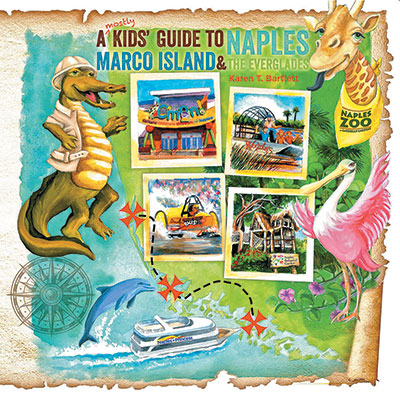 received exceptional reviews from national and regional press, as well as accolades from teachers, librarians, home school program leaders and tourism professionals, for its ability to engage kids in the kindergarten to middle school age range while at the same time providing a valuable weekend and vacation activity tool for parents, grandparents, and educators. In addition to hundreds of photos and illustrations, websites and phone numbers, the hyper-colorful 80-page book covers both paid and free attractions, as well as information about parades, festivals and special events, all laced with generous sprinklings of bizarre history, culture, environmental facts, legends and lore.

“As a parent, I always tried to engage my children at their levels without talking down to them,” said author Karen T. Bartlett. “There’s a fine line between enjoying silliness together and being condescending. The bottom line is, kids appreciate being respected and love to be challenged, while grownups still love to be entertained. If you provide intelligent, reliable information, and good ideas in clever way, it’s not that much of a stretch to serve all ages.”