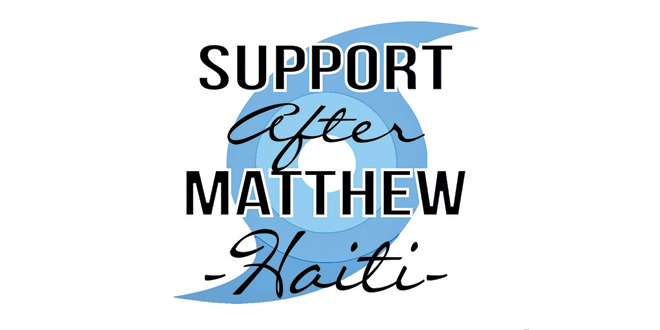 Inaction was not a possibility for Amber Bragenzer when she learned of the death and destruction left in Hurricane Matthew’s wake after it pummeled the impoverished island nation of Haiti.

After Matthew’s ravaging of Haiti, Bragenzer, 23, began searching for ways to help a country where more than 80 percent of the population lives in poverty. But rather than simply donating to a charitable organization, she has started her own local relief effort, Support After Matthew – Haiti.

Canned meat, canned milk, water and diapers are just some of the items she encourages people to donate to aid people left homeless and hungry by the storm. Donations boxes have been set up at the Marco Island Area Chamber of Commerce, as well as Sunshine Stitchers (1106 N. Collier Boulevard) and the Walgreen’s Pharmacy located at 1100 N. Collier Boulevard.

For cash donations directed to her effort, download a mail-in form on the Support After Matthew – Haiti website, champions.foodforthepoor.org/SupportAfterMatthew. Cash donations can be made on the Food For The Poor website: foodforthepoor.org or by calling 800-427-9104 and asking for donor services.

She said that all donations of goods and funds will be used strictly for the Haiti relief effort.

“As cliché as it is, every little bit helps, whether it’s an online donation or a can of tuna,” she said. “These people definitely need our help, especially after Hurricane Matthew. I knew it was a poorer country, but I didn’t know how bad living conditions were until Hurricane Matthew.” 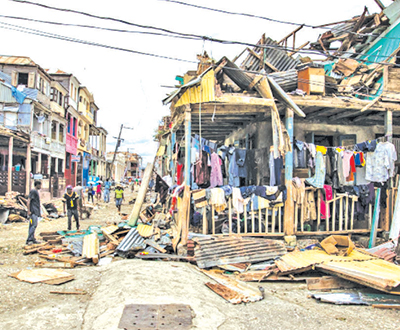 days of the tragedy, Bragenzer began seeing television commercials for groups involved in Haiti relief. Included among them were organizations that accept donations other than cash, such as Food For The Poor.

Because she knew she’d need some help in organizing a local effort, Bragenzer contacted Donna Niemczyk, administrative coordinator for the Marco Island Area Chamber of Commerce, for advice. “So Donna and I are working together to bring awareness and also to collect donations on Marco Island,” said Bragenzer.

She has been publicizing Support After Matthew – Haiti through social media channels, including her personal Facebook account, word of mouth and posting flyers at the island’s businesses. The Chamber has issued an “email blast” about the effort on behalf of Sunshine Stitchers, where Bragenzer works.

“It’s really well right now,” she said. “We’re still in the process of getting the word out there and we’re trying to find more locations that will set up location boxes.” Bragenzer said she and Niemczyk are also in the process of organizing a food drive involving Marco’s business community.

Items collected on Marco are stored in trailers belonging to Bragenzer’s father’s Naples-based business, Remedtek, before being transported to Food For The Poor’s Coconut Creek warehouse using one of the company’s trucks.

Support After Matthew – Haiti will solicit donations through January.

Bragenzer’s parents, Rick and Sheila, live on Marco, as did she before moving closer to Naples.

The volunteer spirit was passed down by her parents, who were long-time volunteers for Meals on Wheels in Wisconsin, prior to moving to Marco. Bragenzer has been a volunteer camp counselor at Mackle Park and with For the Love of Cats.

“To me, you either have that drive to help people or you don’t, and if you have the means and resources to donate some time and energy to a good cause, I think it’s something everyone should do in their lifetime,” she said.