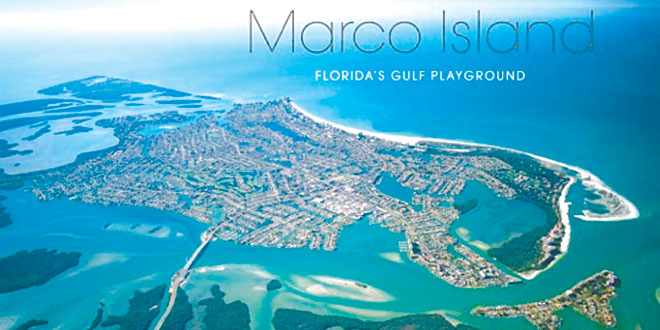 “I wanted to do an all-encompassing but very modern book about our island,” said Coleman. “I just find it so fascinating. It’s a little place that is so remote, and it has been for centuries. The pioneers didn’t have any roads. People got here by boat or they found their way down; they started lives in the mosquito-infested, alligator-infested swampland. They made a life, and from there, we entered the modern era; and now we have this beautiful island today.”

Coleman has lived in Marco Island for 20 years. Originally from Canada, he said that, like a lot 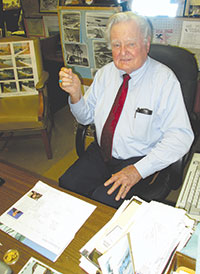 of Marco Islanders who came for a visit and ended up staying, as he drove over the Jolly Bridge, he fell in love.

“I was born in the wrong country. Canada is great, but I’ll take the heat over the coldest cold any day,” said Coleman.

“There’s more to Marco Island than meets the eye . . . much more,’’ wrote Savage. “Coleman chronicles life here like it has never been chronicled before.’’

In celebration of the modern era’s 30th birthday in 1995, Coleman collaborated with 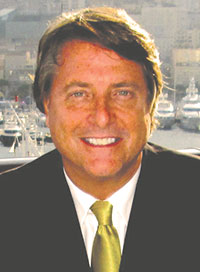 the Marco Island Area Chamber of Commerce to publish “Marco Island, Culture & History.” He said that most of this book is devoted to the Mackle brothers; how it all began and how it ended.

“My biggest interest, from day one, has been ‘How did these men build this island? What challenges did they face?’ They met a horrible downfall due to the environmental movement forcing them to scale back their ambitious plan,” said Coleman. “Some may say that they weren’t treated well, while others will say that we now have a better island to live on because of the forced scale-back.”

“Marco Island, Florida’s Gulf Playground” will retail for $25 and will be available for purchase via the book’s website, at select island retail locations and at all of the island resorts. The website will not be “live’’ until November, but Coleman can be reached at marcohistory@hotmail.com