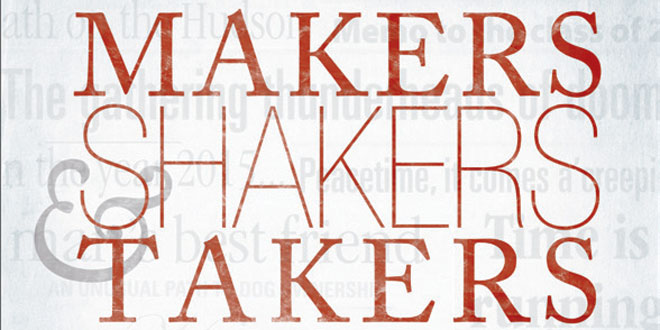 It isn’t every day that one receives an endorsement from Donald Trump. Local author, Roy Eaton, has received three. A former classmate of Trump’s, Eaton recently released his third book, “Makers, Takers & Shakers.” Not only has Trump thrown his support behind the book, he even went as far as to share his sentiments about the book on his Twitter page.

“Makers, Takers & Shakers” is a collection of Eaton’s published newspaper pieces. Discussing a wide range of political and social issues, Eaton also outlines his own life through articles about his family, education experience, owning his first dog and his deep love for his wife, parents and sister.

His political pieces are insightful, conjuring questions about the future of our children, our nation and the world. He discusses the forgotten traits of civility, compassion and respect. He opines on the true cost of war and the catalyst that could bring the next Great Depression. He discusses the course to prosperity or economic armageddon and remarks on what 2015 might look like.

Always hopeful for our country, Eaton is, at heart, a compassionate person. Intertwining stories of his life, he provides a light-hearted look at love and family. He even wrote about “The Donald” – “The Trump You Should Know: An American Icon.”

As high school classmates at New 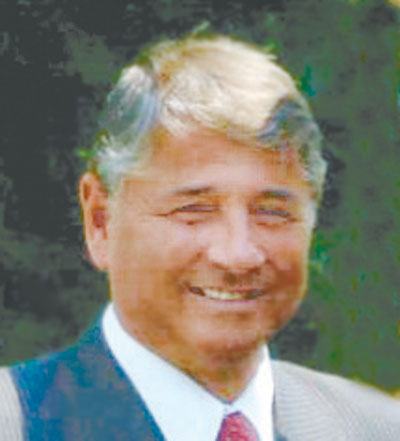 York Military Academy, Eaton developed a friendship with the young Donald. They even went on Spring Break together. Throughout the years, their lives have taken them in different directions, but they have kept in contact. Thus, Eaton was lucky enough to have Donald endorse the book to his 1.9 million Twitter followers, stating, “My former classmate, Roy Eaton, has published a great book, “Makers, Shakers & Takers” – check it out.” Trump even added a link to Eaton’s book at Amazon. com

Trump also endorsed Eaton’s book on the first page. He wrote, “Makers, Shakers, and Takers is a terrific collection of stories and essays—and definitely worth your time and attention. A great read—from someone who knows and respects Roy.”

When reached for comment, Trump’s personal assistant, Rhona Graff stated, “Mr. Trump has known Roy since they attended New York Military Academy as students. Roy has developed into a fine writer and Mr. Trump is always pleased to endorse him and his talents.”

Eaton’s first published book, “Soldier Boy,” was also endorsed by Trump. An autobiography of growing up in a military school setting, Eaton shares his successes, failures and lessons learned along the way. He also shares some amusing stories about his time with Trump. This fascinating book was also endorsed 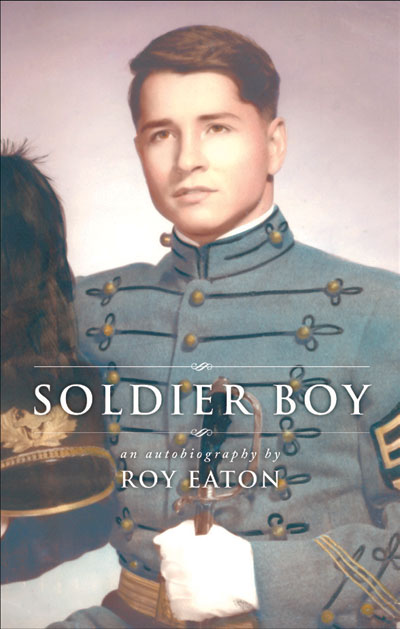 by “The Donald.” He wrote, “I thoroughly enjoyed reading Roy’s ‘Soldier Boy.’ He brings back memories of the New York Military Academy and has done a fine job. Roy was always a winner, and nothing has changed.”

Dr. Richard Tate, Founder and Chairman of the Board of Tate Publishing has also personally endorsed Eaton’s newest book. “Tate Publishing is proud to present such a timely and entertaining book. Roy Eaton’s work is full of engaging stories with good advice, hilarious moments and heartfelt honesty.”

Executive Director of Marketing at Tate Publishing, Mark Mingle, had this to say about Eaton’s work. “We are once again so pleased and delighted to be releasing Roy Eaton’s latest book with Tate Publishing. Mr. Eaton continues to impress with his writing, and his unique style and personality always seem to shine through from one book to the next, regardless of whether he is writing a novel, memoir, or short essays, as he has now done with ‘Makers, Shakers, & Takers.’ Tate Publishing is so thankful and proud to have Roy Eaton under our umbrella as one of the best writers in America.”

Eaton has also coauthored the novel, “The Chosen Few.”

His books may be found on Amazon. com or at the Barnes and Noble Bookstore on the corner of US-41 and Pine Ridge Road.