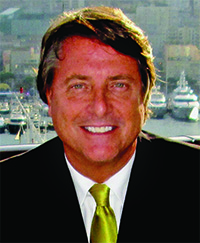 Coleman will be unveiling the book’s second edition, complete with a new front cover design and updated editorial. The 110-page editorial and photographic narrative was first published in celebration of modern Marco Island’s 50th anniversary in 2015. It has since become the island’s #1 local bestseller two years in a row, according to Sunshine Bookseller’s owner Theresa Unsworth.

The book showcases the island’s miraculous conversion from sacred Indian ground and backwater trading post to the posh, world-class resort/leisure community it is today. From curses, a kidnapping and buried gold treasure to sun-drenched beaches, savvy global marketing and million dollar mansions on perfectly carved manmade canals, the book reads more like a novel as opposed to the fact-based account portrayed by the author.