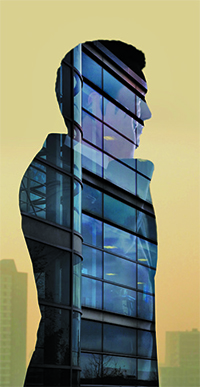 As his mind searched for a solution, he kept his colleague on the phone hoping for signs of improvement.

As the Market CEO of Physicians Regional Healthcare System, I talk to a lot of people. It’s a vital part of my job. I am also regularly tasked with not only listening to others, but hearing what they sometimes do not say as well.

Not long ago I heard from a friend of mine—let’s call him Mark. Though Mark is someone I would refer to as a “talker,” thankfully, he’s a “listener” as well.

As Mark has taken his personal health education to heart, he is also perhaps more well read on medical issues than most. No, he’s not a doctor, but he probably could play one on TV.

He is also the type of patient I want every reader of this column to become: informed, compassionate and willing to act on behalf of others.

Mark shared a story about a recent business conversation he had with a woman who represented “a nationally recognized brand.” (Out of respect for her privacy, Mark withheld her identity).

Their scheduled call occurred around 9:30 AM and Mark quickly realized something was wrong. A woman he would normally describe as “upbeat, gregarious and quick-witted” was unable to clearly express herself.

Mark went on to describe her broken speech pattern, listless behavior and interminable pauses between responses. Even the simplest of questions were met with unintelligible answers.

Though Mark was limited to hearing only her voice, one of the most important issues of F-A-S-T was on display: SPEECH.

F-A-S-T is an acronym used as a mnemonic to identify the likelihood of a stroke. The acronym stands for Facial drooping, Arm weakness, Speech difficulties and Time to call emergency services.

Though he had no way to see her face and could not casually introduce to topic of arm pain into the conversation, Mark knew TIME was of the essence.

Mark had a moral and ethical dilemma. Knowing that this woman’s health may have been compromised, he realized he needed to act; however, as he was limited in his knowledge of her life outside of this phone call, he didn’t know how to proceed appropriately.

What if he was wrong? Would she be offended if he called a member of her office staff? Should he attempt to find a family member and discreetly express his concerns?

As his mind searched for a solution, he kept his colleague on the phone hoping for signs of improvement. Finally, as it appeared this woman was all alone, Mark knew he had to make a move regardless of any potential consequences.

His most pressing concern? “What if she dies because I am too afraid to potentially ruffle a feather or two?”

Mark excused himself from the call and promptly tracked down another colleague—the woman who had introduced the pair initially—to express his concerns.

Based on her knowledge of the “bigger picture,” the woman thanked Mark for his decision to act.

And my point? We must all ACT. As there will not always be “a doctor in the house,” it’s important that each of us takes the time to pay close attention to those around us who may be unaware of a pending health crisis.

This is especially true for those who live in Southwest Florida; lives are saved each year because of another person’s – sometimes a complete stranger’s – conscientious behavior and swift action.

Physicians Regional – Collier Blvd. and Physicians Regional – Pine Ridge are both designated Primary Stroke Centers by the Agency for Healthcare Administration. Additionally, we have earned the “Gold Plus – Get with the Guidelines/Stroke” from the American Heart and Stroke Associations.

Our hospitals are dedicated to not only treating patients who suffer a stroke, but educating the public about stroke.

Each month, we conduct a class entitled “What is a stroke, and how does it happen?” This class covers the causes and symptoms of a stroke, and teaches you when to seek medical care for yourself or a loved one.

Our next class is Thursday, February 16 from 2– 3 PM at Physicians Regional – Pine Ridge. You can register online at PhysiciansRegional.com, or call 239-348-4180 to make a reservation.

No, Mark does not know the outcome of the story. As his association with this “patient” was limited to a professional relationship, he may never know. Even though she was exhibiting a primary symptom associated with stroke, she could have been having a reaction to a medication. Perhaps she was diabetic and needed insulin. Based solely on her dramatic change in behavior, Mark knew what had to be done—and he did it.

And Mark’s takeaway: “I don’t need to know the specifics. It’s none of my business. I did the right thing and that’s all that matters.”