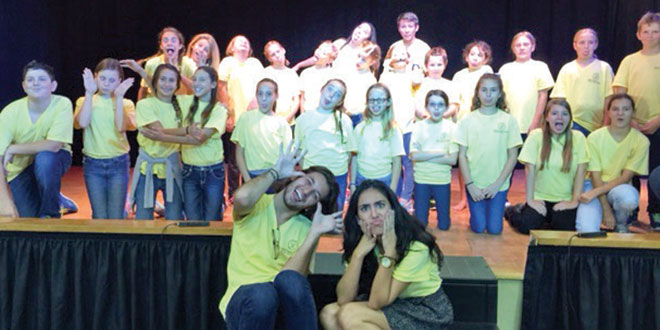 The Island Theater Company is kicking off its season with Disney’s The Lion King Jr., sponsored by APM Custom Homes. This not-to-be-missed, family-friendly show includes all your favorite songs.

The story begins with the kind and wise Lion King of the Pridelands, Mufasa, and his queen Sarabi introducing their newborn son Simba to the animals of the Savanna. All seems well except Mufasa’s evil brother Scar secretly desires to be king. Scar orchestrates a stampede that kills Mufasa, and Simba, believing he caused his father’s death, secretly leaves the Pridelands. With Simba presumed dead, Scar becomes king, and under his rule the Pridelands become a wasteland. In a stroke of luck, Simba runs into his old friend Nala who tells him of the horrors of Scar’s rule and begs Simba to return. Simba returns, runs off Scar and reclaims his thrown to the joy of all the animals.

Tickets are $10 for adults and $5 for students and can be purchased at Centennial Bank, 615 E. Elkcam Cr. (Monday through Friday), online at www.theateronmarco.com, by calling 239-394-0080, or at the door 30 minutes before performance.

On February 24, 25 and 26, the Island Theater Company will present Singin’ Broadway, sponsored by Centennial Bank and performed at the Marco Lutheran Church. This special concert event features Southwest Florida’s most talented singers performing songs from your favorite Broadway musicals.

This spring, Men Are Dogs, the crazy comedy written by Joe Simonelli and sponsored by Clausen Properties, Inc. will be performed at the Rose History Auditorium on March 16- 20, and April 19-23, 2017. Visit www.theateronmarco.com for more information or to purchase tickets.