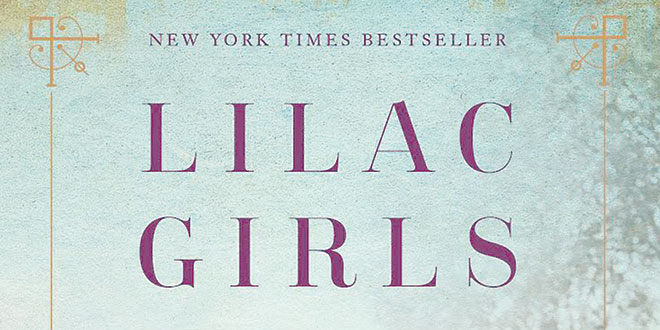 “Cruelty, like every other vice, requires no motive outside of itself; it only requires opportunity.”
– George Eliot

This is the story of a little known chapter in the European theater of the Second World War, the “Ravensbruck Rabbits.” The story is told in first person via three main characters: Caroline Ferriday, wealthy American socialite; Kasia, young Polish woman; and Herta, a young German woman just starting her medical career. The chapters alternate among the three women.

Caroline is a hardworking philanthropist, carrying on a long family tradition of working for social justice and taking charitable action in general. Kasia is a teenager in Poland at the outbreak of the Second World War, in love with a boy who gets involved with the resistance as soon as the Germans invade their country. In her desire to please him and show her own patriotism, she manages to get herself, her medical student sister Zuzanna, and their mother arrested by the Germans who ship all three off to a women’s “re-education center” named Ravensbruck. Herta has been assigned to this camp by the German Reich, her first assignment as a physician. She ends up performing medical experiments on some of the inmates including Kasia and Zuzanna, as part of research on how to treat injured German soldiers. This leaves the “Rabbits” who survive with severe physical and psychological disabilities. Caroline is instrumental in getting about 35 of these Rabbits to the U.S. for advanced treatment for their disabilities.

At the end of the book, the author writes several pages explaining how she got involved in this story. Caroline and Herta are actual people while the Polish victims in the story are composites, based on the research she did on the Nuremberg trials, memoirs, letters, etc. She actually went to Europe and visited these places, taking her teenaged son with her. Therefore, it is surprising to me that she didn’t do a better job of historical accuracy. Yes, she visited the remnants of the Ravensbruck camp and took the train ride described in the book. But, her choice to change Caroline’s character and personality and her use of terms such “overachiever, talk therapy, cutting to release stress,” seemed inappropriate to the time period.

Kelly is a former journalist. She tells a good story and it is easy for the reader to get caught up in the horror of what these innocent Polish women had to endure. In contrast, she also gives us in-depth descriptions of Caroline’s life, including the fashion of attendees, food and drink at her high society parties, name dropping of celebrities and political figures attending those parties. She knew everyone, including John F. Kennedy.

She made none of these three major characters likable in my opinion. Caroline is written as a rather superficial woman, a 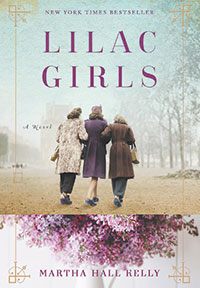 spinster (honest word of that time period) in her late 30s in 1939, who seems to be devoted to these causes, such as helping French orphans, only because she is not married, has no children, and so she might as well justify her existence. Kelly writes her as perpetually perplexed at her lack of success with men and invents a married lover for her, who is actually a French actor. This was not real Caroline’s life at all. She was gorgeous, never married, but there is no historical evidence that she was ever involved with any married man or pined away about her single state. Her family had a long history of faith in action, sharing not only their money but their time and influence for people in need and social causes. Kelly should have just told Caroline’s real story. She was more interesting and much less grim than the fictionalized Caroline.

Kasia came off to me as simply stubborn and spoiled, not as the strong woman that Kelly intended. Herta is painted as a puppet of the Reich, although she began as a young doctor with a conscience. The reader is not given much information as to how she managed to compromise her ethics and act as a surgeon who deliberately crippled 70+ healthy young females. The author did not develop this character as she ought, which is a serious omission in a story that is about women’s interrelationships during times of severe crisis. The woman who caused the injuries to the “Ravensbruck Rabbits,” the 70 or so who actually survived her experiments, receives very little space in this book.

In sum, this is an average read with which I have a few quibbles. I give her credit for shining a light on the story of Ravensbruck. It is a suitable book for a summer reading list, but it could have been much better with more emphasis on “historical” rather than “fiction.”

Ravensbruck was the only Nazi concentration camp for women only. The story of the Rabbits is horrific but not the only story that occurred there. Sarah Helm has written two nonfiction books on the camp, both available at major vendors including the one named for a large river. Hundreds of women told their stories. Helm used historical data as well as her own interviews.

Note: I was given an advanced copy of this title by the publisher in exchange for an honest review. Rating: 3.0/5.0.