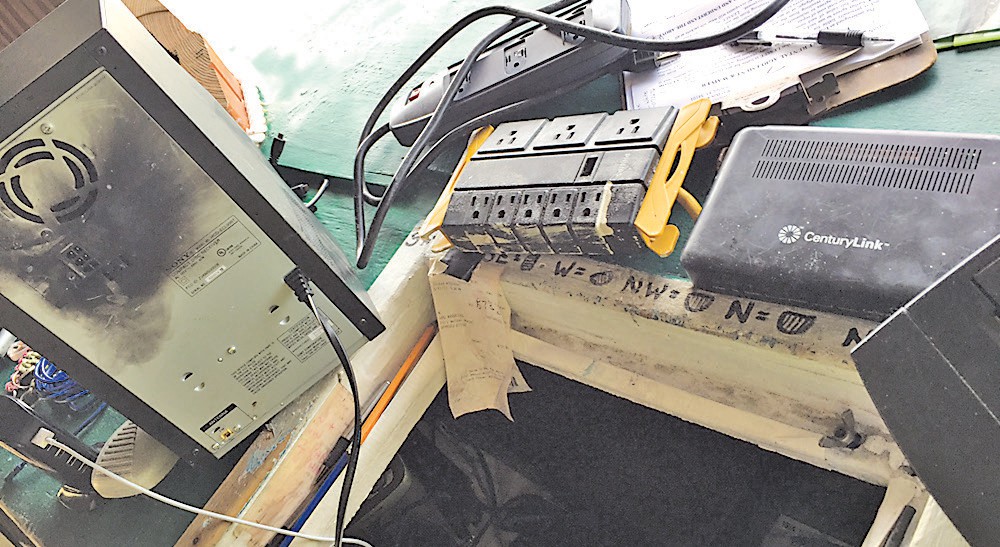 All electrical appliances (excluding the work iPad) were fried from the lightning strike. Submitted Photos

In the midst of Marco Island’s recent flood storm earlier in June, lightning struck near the hut at Tigertail Beach Rentals located on the entrance of Tigertail Beach. Everything (electrical) in the rental hut got fried.

The lightning affected the electrical wiring, which carried the current through every outlet the surge could reach. The damage included the computer tower, Wi-Fi router, phones, camera, printer, fan and longtime owner and operator Tony Smith’s beloved speakers. Even shirts that were packed away were affected by the wires running inside the cabinet. While most of the rewiring had been completed, the projected cost to replace the equipment is roughly $500. 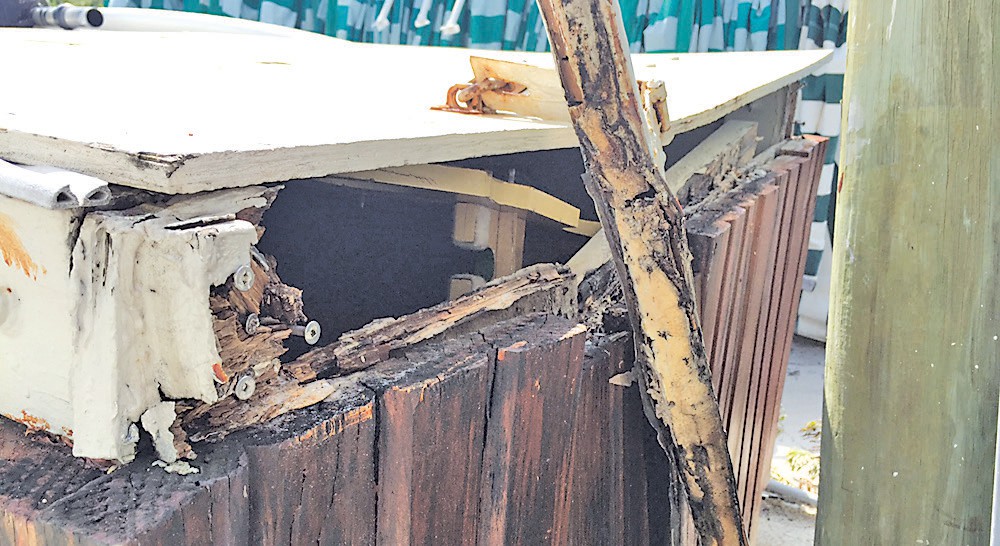 The hut faced some superficial damage after the storm.

strike happened off hours in the latter part of the evening when the beach was closed. As far as storms go, our area is inclined to erratic weather. According to the National Oceanic and Atmospheric Administration (NOAA), lightning is a major cause of storm related deaths in the U.S. A lightning strike can result in cardiac arrest at the time of the injury, or if they are resuscitated but have suffered irreversible brain damage. Lightning is unpredictable, and it can strike up to 25 miles away from its parent storm, so water safety is always advised.

While our tourism has slowed down, Smith gets creative with his time 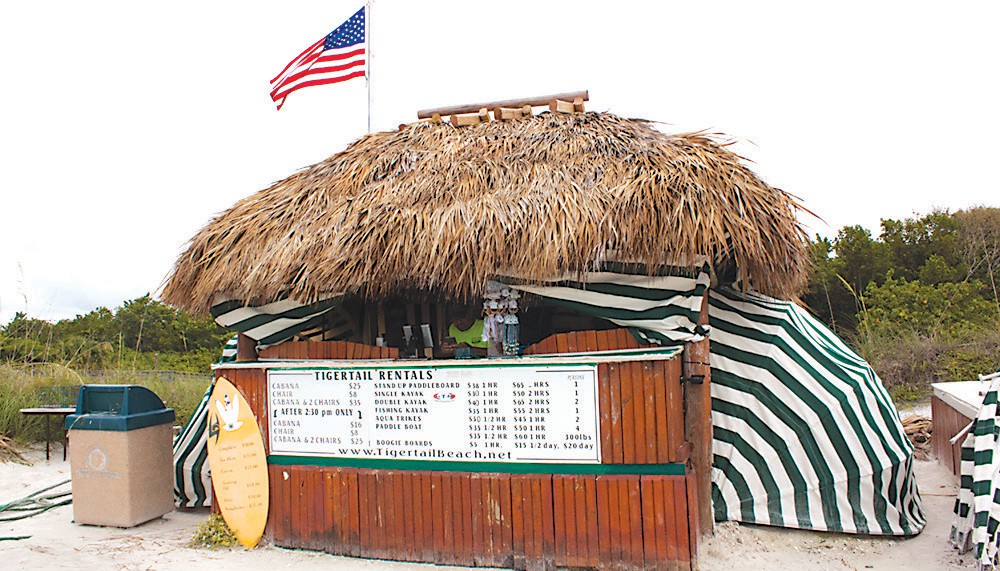 Most of the rewiring has been completed. Perfect for the rental hut to be back in business. the first time and it won’t be the last time we get a power surge, a lighting strike or a flood,” Smith chuckled. “It comes with the territory.” Tigertail Beach Rentals is located at 480 Hernando Drive. Call 239-642-8414 for more information on paddling and rental specials. Photo by Jesus Calo

by painting with oils. You can see his art displayed inside as you walk up to the hut. Smith states he never had an art lesson a day in his life but when everything is packed up and the day is over, he continues to work on his current creation of a ship taking up the backside of the rental hut.

During the summer months, a lot of local paddlers come out on the weekends. Smith offers a summer promotion for the locals, just mention the “secret menu.” You will end up paying a fraction of the cost for recreational water sport rentals. As for the rental hut, “It won’t be