Life After the Test 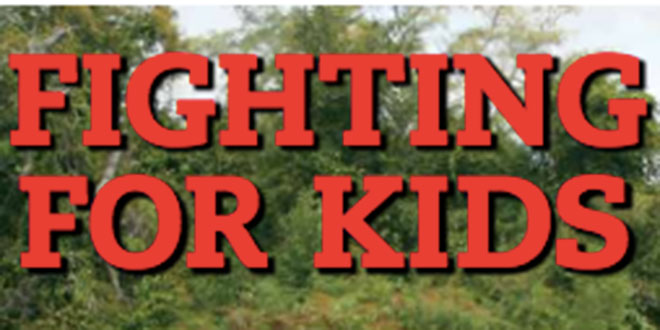 Many schools across the country have spent the last eight months preparing for the end of year high stakes tests. For example, at Marco Island Academy (MIA), a public charter high school in Southwest Florida, we have administered countless numbers of tests in the past couple of months to comply with the state mandates. Out of ninety full-time instructional days in the second semester, we have administered tests forty-nine of the days.

Since we are a small school, the logistics of the testing have been a nightmare. The teachers have juggled their lessons and classroom space to accommodate the chaotic testing schedule. The principal, assistant principal, dean of students and guidance counselor have set aside their regular duties to become testing experts. They have poured hours upon hours of time to arrange the test schedule, work with the IT experts to prepare the computers, and make sure the testing days flow smoothly.

At our high school, students have taken a barrage of standardized tests including FSA, EOC, AICE, and IGCSE examinations. Most days multiple tests are given. Not all the testing is bad. In fact, I think our students are learning how to minimize the stress associated with testing, which will help them in college and on college entrance exams. They are also learning the importance of studying to reinforce what they learn in the classroom. However, the volume of tests and the amount of time that must be spent to prepare and administer them defy the rules of common sense. One of the biggest issues I have is what happens after the test. To be more specific, the reason that not much happens in the class after the test.

One problem is that many of the end of course exams are not given at the end of the course. In fact, at MIA, we utilize a block schedule. Students take four ninety-minute courses first semester, and four additional ninety-minute courses second semester. The block schedule offers many distinct advantages to the teachers and students. The teachers have an opportunity to go further in depth during the class, and there is more class time for labs and hands-on activities. Since students only have four classes each semester, they can focus their study time on the most rigorous courses. Although the block schedule works well for our school, it does not work well with the test schedule. When our students take an end of course exam in March, they are actually only half way through the course. Once the test is over, the teacher is less motivated, since much of his or her pay is based on the results of the test. In addition, the students become less engaged, because much of their grade is based on the test. Instead of continuing to push further ahead in the class, students and teachers tend to become more complacent. The testing schedule is spread out over several months, so students focus their time and energy on the tests they still have to take in other classes.

The logistics of administering the tests are a complete nightmare. The testing sheets that show which student is taking which test on which day at which testing station is more complex than a design for a rocket engine. Perhaps, I am exaggerating a bit, but I want to emphasize how complicated it is. Teachers are pulled out of classrooms to proctor the exams. Substitute teachers have to cover the classes while they are gone. Students are excused from class to take their tests. On several days, the students don’t attend any classes at all because they are testing the entire day. If the teacher continues to teach in Biology while a student tests in Geometry and History, when the student returns to class, the teacher must re-teach the material to the student who was absent.

The other key issue is what I would describe as “test fatigue.” Once a student has completed a rigorous test, the child wants down time to decompress in the following class. Unfortunately, it is difficult to get the students to engage in learning additional material, because they are mentally drained from the test. In fact, the stress and anxiety caused from taking the test often has a physical effect on the students. They are literally exhausted. So what is a teacher to do? Often times, they will lead the class in a discussion or allow students to watch a movie or the student news. The bottom line is that the level of teaching and the ability to learn drops dramatically after a test is administered.

Throughout the year, many educators have cried out for help as they navigated the difficult and complicated testing process. As I look back, I am thankful that our school has survived another year of the testing madness. However, I am concerned about the number of instructional days we lost this year to testing. Students and teachers lost precious time that we can never get back. As I look ahead, I hope the policy makers in the state will take into account the dramatic affect testing has on schools and give teachers more time to do what they do best ~ TEACH.

Jane Watt is a mother of three children in the public school system. She is also the Founder and Chairperson for Marco Island Academy, a public charter high school. Recently she wrote the book, “Fighting For Kids: Battles To Create a Charter School.” Her mission is to help improve educational opportunities for children.