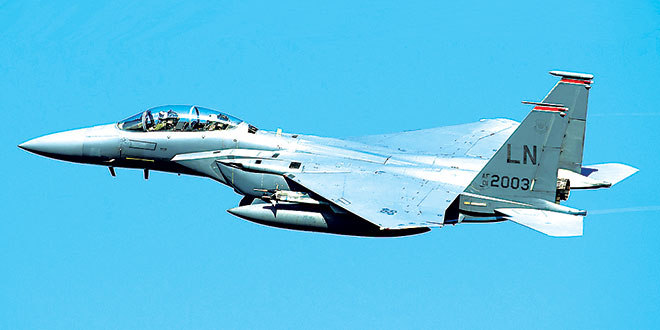 Those of you who remember reading a previous article I wrote about the Maghreb (“Mali and Beyond”) which talked about the growing Al-Qaida and Islamic State influence in Northern Africa will not be shocked reading this article.

The Islamic State is a force we will have to deal with in North Africa, particularly in the oil rich nation of Libya.

The United States and its allies have been worried about a growing threat from the Islamic State in Libya for some time now. According to sources, there has been increased reconnaissance and intelligence gathering activities around Northern Africa in general, and in and around Libya in particular.

General Joseph F. Dunford, Jr., the new Chairman of the Joint Chiefs of Staff has been indicating for some time that there would be a decision made very shortly as to what action the U.S. and its allies would take to slow down the growth of the Islamic State in Libya, if not to stop it completely.

It looks like a decision was made, or appears to be made…

On the morning of Friday, February 19th, based on actionable intelligence, American F-15E fighter-bombers flying in from their bases in Europe struck an ISIS training camp in rural Libya near the Tunisian border, killing dozens. It was later reported that a total of 49 ISIS members and their enablers were killed as a result of the raid. It is estimated that the Islamic State and Al-Qaida have amassed over 6,500 operatives in Libya.

U.S. and local officials said that the dead probably included an ISIS operative considered responsible for at least two deadly attacks in Tunisia last year. Unfortunately, it was later learned that two Serbian embassy staffers who had been held hostage since November also died in Friday’s U.S. airstrikes. They were kidnapped while traveling through Tripoli. The most significant name amongst the dead was Noureddine Chouchane, a senior operative in the terrorist group from Tunisia. Others were a number of terror operatives from around the Middle East and Africa who had gathered in Libya to plan future operations against Europe and other areas of the world.

Chouchane was believed to have planned the two terrorist attacks in Tunisia last year – the attack on Tunis’ Bardo Museum that killed 23 people, and the attack on the seaside resort in Sousse that left 38 dead. ISIS claimed responsibility for both attacks.

Why is Libya important in the grand scheme of things? 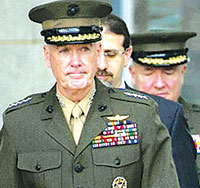 General Joseph Dunford has called for decisive action against the IslamicState in Libya.

What is the strategic importance of this country of six million to the rest of the world? The rest of Africa?

Libya’s economy almost entirely depends on oil and gas exports. In early 2015, armed conflict between rival forces for control of the country’s largest oil terminals caused a decline in Libyan crude oil production. Extremists affiliated with the Islamic State of Iraq and the Levant (ISIL) attacked Libyan oilfields in the first half of 2015, and ISIL has a presence in many cities across Libya, including near oil infrastructure, threatening future government revenues from oil and gas.

If the Islamic State takes root in Libya, they would be in a position to easily attack various European states from this base. With possible income coming from the oil exports, the Islamic State would be able to bring in recruits from all over Africa, as well as from European countries.

At the present time, Libya does not have a functional government. The internationally recognized government has been forced out of the capital, Tripoli, and now operates out of the eastern cities of Tobruk and Bayda. Another government, backed by Islamist-affiliated militias known as Libya Dawn, controls Tripoli and much of western Libya.

As a direct result of this chaos, the Islamic State and Al-Qaida flourished. While we kept our focus on the growth of the Islamic State in Syria and Iraq, this vital part of Africa suffered in chaos, and as a result provided an opening for terrorist groups to take hold. Libya is within reach of southern Italy. For the last few years, boatloads of Libyans and other Africans have been migrating into Europe from Libya through Italy. There is no doubt that some of these “immigrants from Africa” may be members of any one of these terrorist groups on their way to join European cells.

The chaos in Libya started with the deposing and eventual assassination of longtime dictator Muammar Gaddafi. Looking back now, it appears that a proper after-action plan was not in place. As a result, after Gaddafi’s death, the country went into chaos. Readers

may also remember the tragedy of Benghazi, where some great Americans, including our Ambassador, were murdered by Islamic State-related militants when the U.S. government failed to respond to the pleas of the special forces on the ground for air support. It appears that under the new leadership of General Dunford, things may be changing. This tough Marine Corps General is NOT going to bend, bow or cower to anyone, especially to politicians of any ideology! Marines loved him and are sorely missing him dearly now.

As I have written a number of times before, I have no trust or confidence in the operations of the United Nations. I believe that all the money our government spends on this totally anti-American, totally inept organization is a waste of our hard earned taxpayer dollars. The sooner the U.N. disappears from the face of the earth, the better this world will be. And they just proved my point in Libya once again.

As expected, in the midst of this chaos in Libya, the United Nations intervened and appointed a peace envoy to Libya in the hopes of uniting the separate factions into a single government entity. According to the Guardian newspaper, this U.N. peace envoy Bernardino Leon, a former Spanish foreign minister, spent weeks last summer completing the proposed agreement. Again, according to the Guardian those talks were meant to put to rest the intense, but largely hidden competition between regional players such as United Arab Emirates, Saudi Arabia and Qatar and their client states, over influence in Libya, whose oil and gas reserves make the nation a valuable piece of global real estate. Unfortunately, and according the Guardian, the United Nation’s credibility as an honest broker was dramatically undermined in those talks (are you surprised?) when emails were revealed showing that while Leon was drafting the accord, he was also negotiating to become a $50,000 per month director general of UAE’s “Diplomatic Academy” – a potential conflict of interest.

A lot of time was wasted by the U.N. in Libya, and this allowed the warlords, militias and armed groups to thrive. As a result, the U.N. has proved once again that it is a totally ineffective, bureaucratic organization fraught with fraud.

Thus a new front in the war against terror opens up as a result of the failure of the United Nations and other leading nations to intervene in time. The terrorists must really think we are 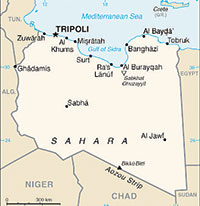 Should Libya become a base for the IslamicState, its location would enable further attacks in Europe.

a group of hapless idiots, toothless tigers or just a bunch of fools. As mentioned over and over again in past articles, there is a crisis of leadership around the world. It would have been much easier to deal with these terror groups before they grew into the numbers they did; had there been strong, brave and honest leaders around the world, including right here in the United States, who would put the interests of their own countries before their own political benefits and gains. Had these leaders of the world today followed up on their threats by actions, punished those who crossed the imaginary lines drawn in the sand harshly and decisively, we might have been at a different place today.

In world affairs, nothing is static; everything is dynamic. What seems completely lost today may lead to the greatest victory in the history of our nation. But then, the opposite may be true and we should all dread that moment. Libya may be just another country on the world map. It may be hard to find it on the globe. Yet the consequences of wrong policies, decisions made based on ideology rather than reality may not only take down Libya, but along with all the neighboring countries, as well as the United States.

Just a few miles south of Libya in the area known as the Maghreb Boko Haram, the regional affiliate of the Islamic State accelerated its campaign of almost daily suicide bombings. In January, they massacred 86 people, many of them children in the Nigerian village of Dalori, and 32 others in the Cameroonian village of Bodo.

Al-Qaida’s regional franchise entered Burkina Faso and massacred 30 people, most of them Westerners, in an assault on a luxury hotel. And Somalia’s own Islamic terror group Al Shabab overran an African Union military base and slaughtered more than 100 Kenyan troops.

Military leaders of our country, as well as others, must be looking at a huge dike with hundreds of holes in it and wondering how many fingers will be needed to stop the leaks. The dike may be about to collapse and here we are, watching it happen from a distance, looking helpless, weak, feeling useless while embroiled in our own, seemingly never-ending election follies.