Letter to the Editor: All Time Low for Local Politics 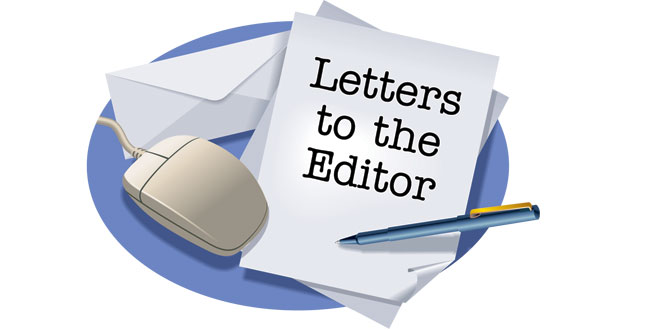 The state of local politics on this island has reached an all time low. We have self appointed judges who, based on their own criteria and unsolicited opinions, unfoundedly evaluate a citizen’s constitutional position and circulate their vicious self serving opinion to others. As a result, unquestioning citizens are emailing these negative opinions to others as if it was a truth.

It makes no sense for this self-appointed judge and his supporters to forward negative emails characterizing candidates as non-supporters of the Constitution, while they support a candidate who advocates for matters that are illegal and unconstitutional.

The T-shirt cartoon should be disgusting to all citizens on Marco. The person who suggested that this act was promoted by the people it makes fun of, is ridiculous and should be seen as a ploy to further his own political ambition. Have individuals become that uncaring?

There are many rumors about backroom deals being circulated about Veterans Community Park. Have these individuals talked with the City Manager or attended the Parks and Recreational Advisory Committee Meetings to substantiate this “backroom” claim? I don’t think so. I have and this claim is not true. Could it be these individuals have personal issues at stake circulating this unfounded claim?

Many ugly lies have tainted our island paradise. Have we become an island that nourishes self-rightness and bigotry? We finally have a professional City Manager who has given us fiscal responsibility via a much needed bucket plan (Marco Island has one of the lowest tax rates in the State of Florida at 17%). He has been abused at Council Meetings by two unrelenting Councilors. Council is NOT broken as claimed by the incumbent who frequently subjects all to his many angry outbursts. We finally have professional Fire and Police Chiefs who are doing their job keeping Marco residents safe. Must they be subjected to innuendos?

I urge all Marco citizens to read all the excellent informative publicized candidate interviews in the local papers (still available on line), the MICA Wave and the MIPO Newsletter. Then form your own conclusions before voting. We are an intelligent electorate. Let’s not allow our Island to be commandeered by political mudslingers and mimic the national political scene.