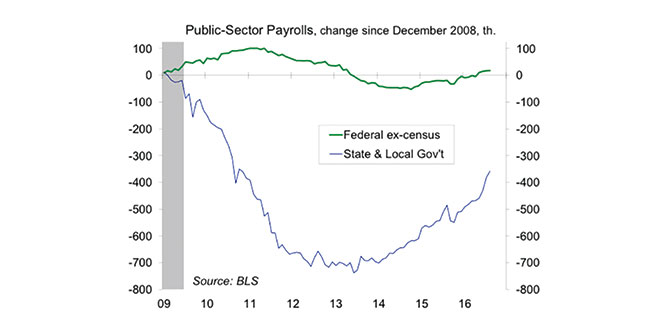 “I always avoid prophesying beforehand, because it is much better policy to prophesy after the event has taken place.”

Question: What is the difference between fiscal and monetary policy? Can you also explain the role of central banks, especially during these interesting economic times?

Answer: Central banks exist to oversee a country’s monetary system. Monetary and fiscal policy are two ways of exerting influence on economic activity. These topics can be perplexing.

Fiscal policy is the supply side of the equation. To create economic activity, governments cut taxes and increase spending, freeing up money to encourage economic growth. Money in motion has a multiplier effect. For instance, infrastructure spending on roads and bridges creates jobs. Equipment and materials must be purchased. The wage earners will spend income and provide additional tax revenue to offset the original government expenditures. The tricky part is knowing when to cut back on spending. In the short-term, government debt will likely be higher, but in theory it will be paid down gradually once the economy recovers.

Monetary policy describes how central banks, such our Federal Reserve System, control the supply of money. The Federal Reserve System was founded in 1913 by Congress and is considered an “independent” central bank. The Fed consists of twelve regional banks located across the country. The role of the Fed is to promote full employment and provide steady economic growth. The Fed’s tools include setting bank reserve requirements, regulating the money supply by purchasing and selling U.S. government bonds, and setting the discount rate or Fed Funds rate that is so often in the news. Simply stated, providing “easy money” is the Fed’s current way of stimulating a sluggish economy.

The American Recovery and Reinvestment Act of 2009 (ARRA) is a powerful example of fiscal policy. The ARRA provided $831 billion of support for the economy. Recovery.gov breaks this down showing $290.7 billion in tax relief, $264.4 billion in benefits, and $261.2 billion in contracts, grants or loans. Transfer payments, although often necessary to provide a societal safety net, do not create direct tax revenue income. Job creation does create a net positive impact on the economy as well as the lives of our citizens.

ARRA also provided another $543 billion in spending. That sounds like a lot, but it really wasn’t when compared to the overall economic output decline of $754 billion between the fourth quarter of 2007 and the second quarter of 2009. Meanwhile, the federal deficit exploded and grew to $1.4 trillion (or 10% of GDP). And, at the same time monetary policy (easy money) was in full expansionary mode.

While ARRA Federal spending did cushion the economic downturn, it wasn’t enough to produce a strong recovery. One reason is that most state and local governments are required to balance their budgets. This made it difficult for them to provide any support due to the housing crisis and drop in property tax revenue. So, when the recession hit and revenues decayed, most municipalities cut spending (laying off teachers, police, and firemen). Employment in state and local government is still well below the pre-recession level.

Central bankers here and around the globe are growing tired of having to do all the heavy lifting with monetary policy to support growth. Some have suggested the need for fiscal policy to take a bigger role.

While there was much apprehension over the deficit in 2009 and 2010, the larger problems are in the future. There are 10,000 baby-boomers turning 65 each and every day. As they enter retirement there will be greater demand placed on Medicare spending. In addition, there is a precedent of high inflation for healthcare costs, and finally we must consider our increasing life expectancies. Fiscal expenditures are increasing and we need to consider what will be the source of these funds. The issue of paying for healthcare and retirement of an aging population isn’t unique to the U.S., other countries face a similar difficulties. Central banks are paying attention and adding these facts into their policy calculations.

Both presidential candidates are proposing increases in infrastructure spending to repair roads and bridges. Additionally, there is a need for improvements in sewer, drainage, and other systems, which are sorely needed as evidenced by the aftermath of Hurricanes Sandy and, more recently, Hermine. Jobs help the economy. Technology, innovation and job creation will lead us through these times. As outlined, the multiplier effect (money in motion) is constructive and necessary for a recovery.

By defining fiscal policy, monetary policy and the role of central banks, hopefully you now have a better grasp of the significance and enormity of these topics. By exploring a few examples, the catalysts for the policies and their intended results, we hope to understand what our domestic and global financial systems are facing. Stay focused and invest accordingly.

There is no assurance that any of the trends mentioned will continue in the future. Information received from outside sources is believed to be credible. The opinions expressed are those of the writer, but not necessarily those of Raymond James and Associates, and subject to change at any time. Material is provided for informational purposes only and does not constitute recommendations, investment advice or an indication of trading intent.