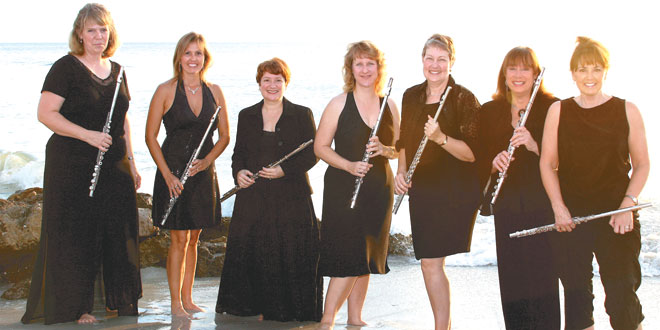 Flute Cocktail consists of seven flute players comprised of professional and amateur flutists dedicated to the art of good music and fun. The group was organized by director, Wendy Willis with the help 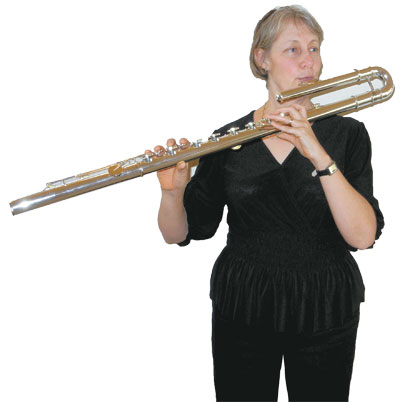 of Chellie Deopke, former flutist in the Cincinnati Symphony Orchestra, in 2006.

The group performs four to five concerts during the winter season. They performed with the Naples Concert Band, the Eric Kunzel concert series, sponsored by the Bayshore Cultural and Performing Arts Center as well as churches and social functions.

Willis studied with the noted flute instructor Trevor Wye and baroque flute with one of the world’s top baroque flutists, Rachel Brown.

“It’s a beautiful heartfelt concert but we also have fun,” said 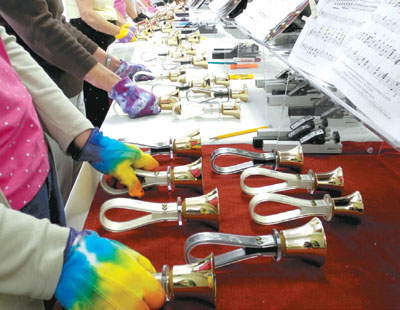 Willis. In addition to flutes they will play the piccolo, alto and bass flutes. There will also be percussion, some special effects and costumes.

Their selections will range from the serious “I Wonder As I Wander” and classical Gustav Holst’s “In the Bleak Midwinter” to the fun “Jingle Bells” in every style from beach rock to opera.

The December 2 concert will be the fifth combined handbell concert for the Presbyterian and Methodist churches. The Methodist handbell choir was started in 2001 and Presbyterian choir formed in 2003.

The combined handbell choirs have 19 ringers and 77 bells. The diameter and weight of each bell ranges from the smallest, two and a quarter inches eight-ounces, to 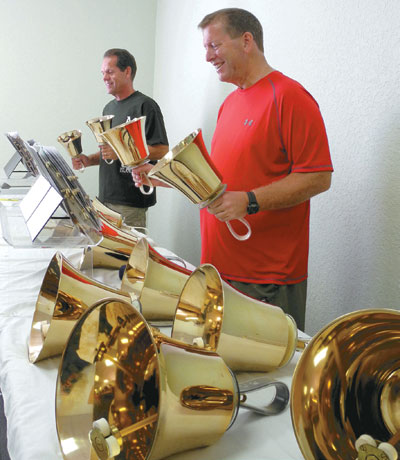 the largest fourteen inches and nearly fourteen and a half pounds. There will also be a bell tree consisting of 8 handbells and multiple handchimes.

The bell selections range from a Christmas suite of familiar favorites that includes, “Hark the Herald Angels Sing,” “It Came Upon a Midnight Clear” and “Joy to the World.” Other selections will be “Carol of the Bells” and “We Three Kings,” arranged by Praise Bells Director Babs Hillenbrand, that includes flute, a bell tree, and choir chimes. “The March of the Toy Soldiers” is sure to please the children in the audience.

“The evening should be very entertaining yet serious and funny. It will keep your interest and it’s good for all ages,” said Willis.