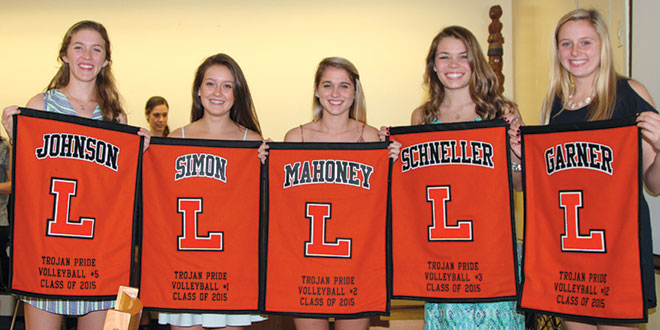 Lely High School held a banquet for players who participated in the fall sports programs catered by Carrabbas. The evening began with Athletic Director Josh Corr giving a short speech and awarding some district recognitions. After dinner, the teams separated for coachs’ awards and recognitions. 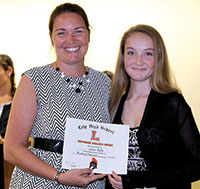 Varsity volleyball coach, Lindsey Hardley and Assistant Maria Vollrath presented awards to their team. Lindsey fought back tears as she discussed how the team had overcome some adversities during the season and she was proud of how they pulled together and made it through. The awards presentation began with thanking Payge Sutton 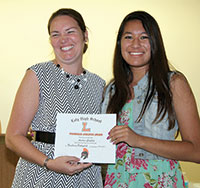 and Lorrilyn Sullivan for helping as line judges and with scoring. Lindsey then handed out Varsity pins, letters and certificates to team members. Coach’s special awards went to Vanessa Torres as Most Improved Player. Jessica Simon was presented with the Defensive Player of the Year Award and Ashley Schneller was given the Coach’s Award. Lindsey and Maria then gave specially made banners to the five senior members of the varsity team: Alyssa Johnson, Jessica Simon, Lindsay Mahoney, Ashley Schneller and Savannah Garner. The team presented flowers to their coaches and thanked them for time, training and encouragement.