Lely Playing Up for Preseason Game at Island Coast 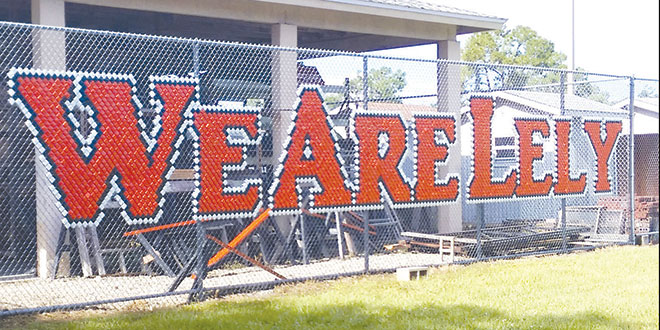 Two seasons ago, Culmer St. Jean began the ascension of the Lely football program. He was rewarded with being named All-Area Football Coach of the Year.

A year later, he took his charges to its first district title in 17 years and won a playoff game. Maybe he should have been rewarded with the coaching honor again.

However, St. Jean is swift to disregard personal honors, saying it is a combined effort of players and the coaching staff.

With only 10 returnees this year, St. Jean is focusing on improvement every day, every game.

“We need to do just what we have done in the seasons before,” he said. “We improved week by week, finishing better than we started. That’s what we want to do.”

The Trojans travel to Island Coast in Cape Coral for a preseason game at 7:30 PM Friday, August 21. Lely opens the season at home against Gulf Coast, at 7 PM, Friday, August 28.

Lely, 5A, plays up against the 6A Gators in the preseason matchup.

Recording a 10-3 mark, the Gators made it to the state semifinals before losing to the eventual state champ, American Heritage, in 2014.

“We look forward to playing

up, it will help us get ready for the season and the playoffs,” St. Jean said.

With experience thin, St. Jean points to players that can provide leadership.

Three seniors will bolster the defense. They are Wesley Germain at defensive end, Jean Dossous, corner back and Woody Prophilien, defensive tackle.

Estilien saw major time at quarterback last season, and will be the backup to sophomore Jacquez Carter. Calerb D’Haiti, Golden Gate transfer, will join the backfield.

“He makes good decisions and has the ability to throw and run,” St. Jean said.

Lely doesn’t have a district game until it travels to Dunbar on September 18. Instead of a three team district as in the past, there are five teams battling for the top spot to go into the playoffs. They include long-time rival Immokalee, Mariner, Cypress Lake and Lely.

“This will be a very competitive district,” St. Jean said. “With just three teams you couldn‘t afford a loss to earn the top seed. Now we can win a few more.”