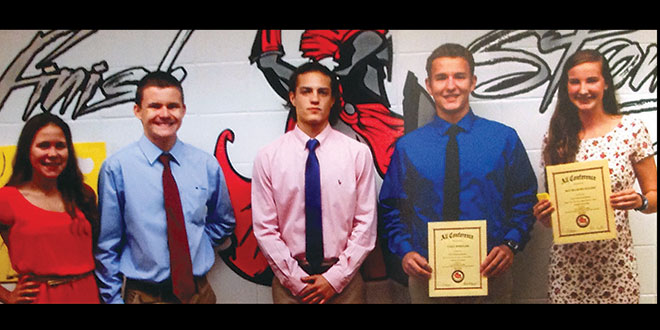 Bailey Greaves, left, Jack Remaks, Dalton Herrity, Gage Wheeler and Rosie Poling were among cross country athletes recognized at the Lely awards dinner. Wheeler was 3A District 12 champion and Poling came in second. Both were named to the Collier County All Conference cross country team and most valuable for their teams.

The Lely cross country team celebrated an outstanding season at the awards program at Lely High School on December 3.

The girls won the 3A District 12 team title, while the boys finished second.

The week before both teams finished fifth at the Collier Cross County Conference Championships, but refocused for the district races.

Head coach Mark McGarity said that he and new assistant Leslie Bentley talked with the runners prior to the district meet.

“We projected what they could do 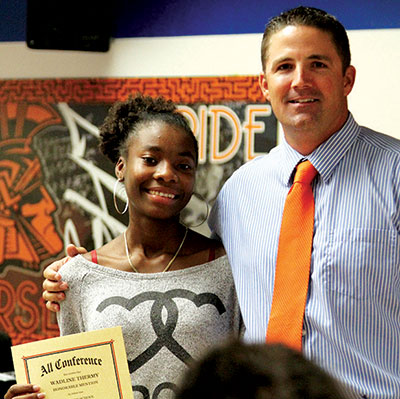 if they focused and ran as hard as they could,” McGarity said. “They set their minds and did the best they could. It was not expected but we were so pleased with their winning efforts.

Wheeler and Poling received the team’s most valuable runner awards at the dinner.

Ella Krechner and Garcia won the 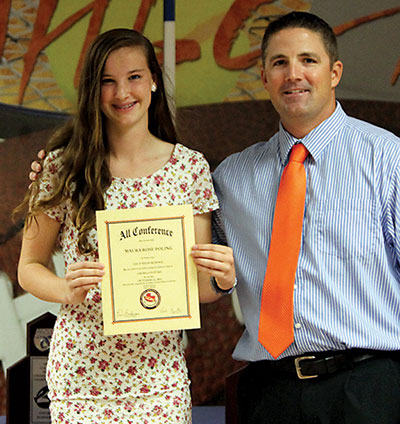