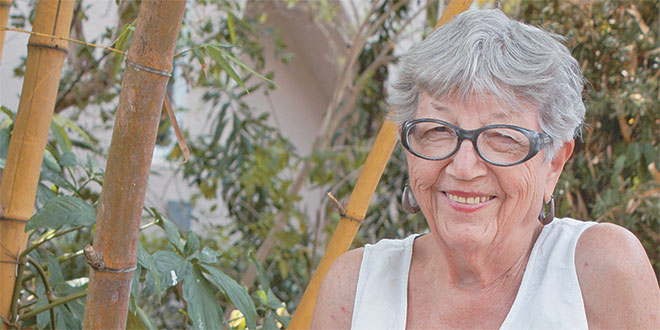 “It is my goal in life to educate our community about our beautiful native plants and to help get rid of the exotics.” – Eva Schliesser, Calusa Garden Club founder

It started with an initial inquiry to the Collier County Parks and Recreation Department by then club members, Eva Schliesser, Naomi White and Jeanne Key, about the possibility of volunteering to do planting, pruning and weeding at the Leigh Plummer Memorial Park. This simple request turned into: can they add more desirable plants?

In 1984, the Calusa Garden Club, working with the Collier Country Parks and Recreation Department, assumed the task of developing Leigh Plummer Memorial Park into a bird sanctuary and educational area. The theme was to

use plants and trees native to this tropical area.

Then president, Dorothy Johnston, pointed out that with the rapid development of the island, it would mean that some native species might soon disappear. The Calusa Garden Club also wanted to make the park a bird sanctuary. They planted cabbage palms, live oak, gumbo limbo, wild coffee and a geiger tree and yellow elder for color. A rare lignum vitae tree was donated by a club member.

A purple martin birdhouse was erected, to the delight of the neighborhood.

The Calusa Garden Club’s long-range plan was to substitute a different native plant for each of the dozen or so Chinese cabbage palms. The Daughters of the American Revolution (DAR) promised a tree each 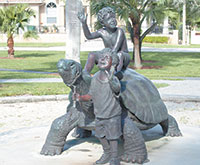 year. In 1985, they donated a jacaranda and a white orchid.

A Little Bit of History

This beautiful passive park was a living memorial to Leigh Plummer, a man loved and admired for his many civic accomplishments. Mr. Plummer also carefully tended the original plantings and was largely responsible for the Park’s creation and early beginning.

Eva Schliesser, founder of the Calusa Garden Club, is still an active member of the garden club. Eva is now entering her ninth decade and still loves tending to the numerous native plants in her backyard. Eva and her husband retired to Marco Island in 1978 and a year later she put an ad in the local paper

to see if residents were interested in forming a garden club. A group of both men and women responded. In 1982, the Calusa Garden Club was officially formed and Eva served as president for one year.

Thanks to Eva Schliesser and the original members of the Calusa Garden Club, this “hammock” of native trees originally planted in 1984-1986 are now mature and thriving.

The Calusa Garden Club and its members are strong advocates of “going native” (using native plants) to beautify their island paradise.