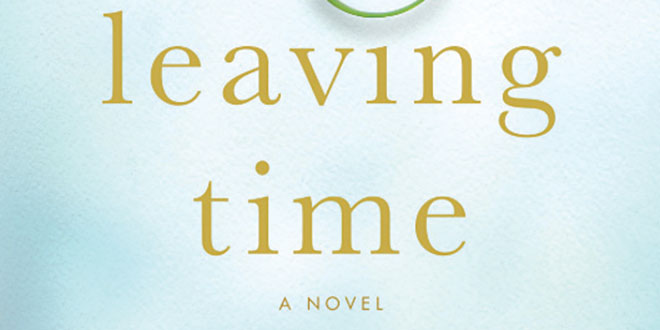 I have read two previous books by Jodi Picoult but never considered myself a fan. After reading “Leaving Time,” I am a Picoult fan. This a must-read for anyone who enjoys suspense stories with a clever twist.

Much of the story is set in an elephant sanctuary near Boone, New Hampshire. The care, feeding, social life, emotionality and research of elephants figure very strongly in this novel. The older female protagonist, Alice Kingston, was studying elephants in Africa for her doctoral research when she met Thomas Metcalf, who became her husband. He was opening this elephant sanctuary in Boone and visited the Africa research site for practical experience with African elephants. Their daughter Jenna, the younger female protagonist, spent her childhood in the Boone sanctuary.

The title “Leaving Time” is what precocious 3-year-old Jenna called nap time because she would sleep and her mother, Alice, would leave to go document the elephants’ behavior and movements. There is another nuance to the title, but you will discover that when you read the book.

The story opens with 13-year-old Jenna trying to find her mother who disappeared 10 years previously after a sanctuary worker, Nevvie Ruehl, was trampled to death by one of the elephants. Shortly after the tragedy, Jenna’s father had a breakdown and has been living in a psychiatric facility since. Jenna has spent the past 10 years living with her maternal grandmother, a meter maid. Although Alice was found alive, barely, and taken to the hospital the night of the tragedy, she signed herself out of the hospital early the following morning before police could question her. She did not take Jenna with her. All Jenna has of her mother are her journals, which Jenna reads religiously, and a necklace with a pebble on it that Jenna believes was given to Alice by Thomas.

Jenna has been planning for months to search for her mother. She has saved her babysitting money to pay for various expenses including the services of a psychic. One named Serenity Jones offers readings for only $10, which fits within Jenna’s budget constraints. Although the first visit with Serenity does not go well, Jenna perseveres, locates Virgil Stanhope, one of the detectives on the sanctuary case involving her mother and hooks up with Serenity eventually. The intrepid 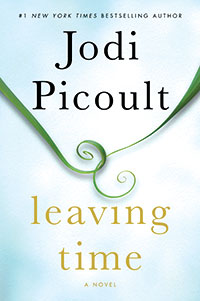 trio gradually solve the disappearance of Alice Metcalf as well as the death of Nevvie Ruehl. Along the way, the reader is treated to a lot of humor, suspense and pathos as the case unravels.

The story is told in first person from the point of view of the major characters, and it does swivel in time, filling in details about Alice and some of the other characters, layering the context for the big “reveal” near the end of the book. Much of the story is about the elephants. Picoult weaves in the individual elephants’ stories as well as information about life in the herd, contrasting it against what is transpiring in the lives of the humans in the story. There are constant references to the devotion of female elephants to the calves in the herd. For example, mothers and daughters are not separated but stay in the same herd until one of them dies. Bull calves usually stay with their mothers in the herd until about age 13. All the females in the herd look after all the calves. It takes a herd to raise an elephant calf.

I was immersed in this book by page two. It is very well written, tells a great suspense story with frequent appropriate humor and is very enlightening regarding the lives of some of our favorite animals, the elephants. In the back of the book, Picoult gives some notes on the story. Some of the elephants in the book were actually based on living elephants who reside in the Hohenwald, Tennessee, elephant sanctuary mentioned in the book. She also uses the names and research findings of several scientists who have studied these mammals.

If you have kids coming to visit for the holidays, you might want to direct them to the sanctuary’s website at www.elephants.com. It includes biographies about each resident elephant and access to each of three habitats is available per Elecam, where you can peek at what the elephants are doing.

This book is available everywhere in every format.