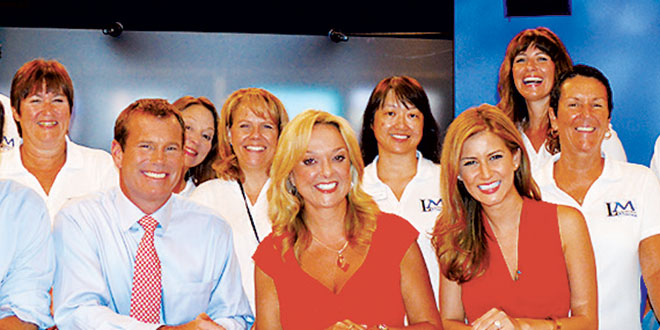 August 26 and class was in session once again. It was Media Day and the Leadership Marco Class of 2015 had a 7:15 AM breakfast (sponsored by Stepping Stone Ecotours) and then hopped aboard the bus and headed off-island for a trip to Naples. First stop was WINK studios and a behind-the-scenes look at the news team.

“It was a great day,” says Cathy Price McConville (a nurse at Physician’s Regional on Marco). “Bob and I watch WINK news every morning so we really felt that we were meeting members of our family. They were all so personable and engaging. It was very interesting to see how a morning news broadcast happens. It looks so seamless on TV, and you don’t realize all the stuff going on behind the camera; everything is planned down to the second. The communication and coordination is amazing.”

shooting in Virginia. Cathy said it was a somber mood in the studio as it involved fellow journalists.

Part of the responsibility of previous graduates is to chair events for this year. Bob McConville (Stepping Stone Ecotours & Dolphin Explorer) is an alum of the 2014 Leadership Marco class and co-chair of this Media Day.

“This is such a great bonding experience,” says Bob. “It really brings people together and gives a greater understanding of all the aspects (and people) that form a true community.”

“I attended the kick-off for last year’s class and learned what it entailed. I said to myself right then, ‘Hey, I really want to do this’.” comments Cathy. That, along with Bob’s experience and enthusiasm, was the impetus for her application. She is grateful to Physician’s Regional for sponsoring her. “The experience so far has made me feel so much more connected to the community and its people.”

Cathy feels that a major component of learning 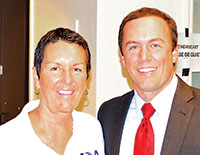 about the media is for advertising and communications. It is such an important part of reaching out in the community. She says it is how the community knows about the services and products a business has to offer, and helps to show how that all comes together in reaching the public and building awareness.

The second half of the day was a trip to Naples Daily News to see how a newspaper is brought to life. The group got a tour of the press room and other aspects that go into the publishing world.

A quick bus ride back to Marco and a roundtable discussion included other local media representatives including radio. Online media was a big discussion point, and how it all fit with printed media. Cathy was amazed to learn that 45% of a local radio station’s online broadcast audience was from overseas. “They want to stay in touch with what is happening on Marco because of 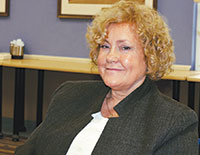 their visits and love for the community.”

The group learned that printed media is not going away anytime soon, despite much hype in that regard. People like the printed word and it is still a viable medium. Cathy said it was important to learn how to use all forms of media in reaching the public and maximizing the potential of each for advertising and information purposes.

“I was shocked to learn that local print media has not been adversely affected by the internet,” states Cathy. “We are so digital these days but because of our local demographics, the printed word is still going strong.”

Nearly every person on the planet is affected by the media in one way or another. Learning to harness that power and maximize its potential is a critical component for any business or individual needing to reach out to the community. Media Day showed the class of 2015 the possibilities.

Next up for the class is Education Day on September 9.