LCEC line project to continue in 2014 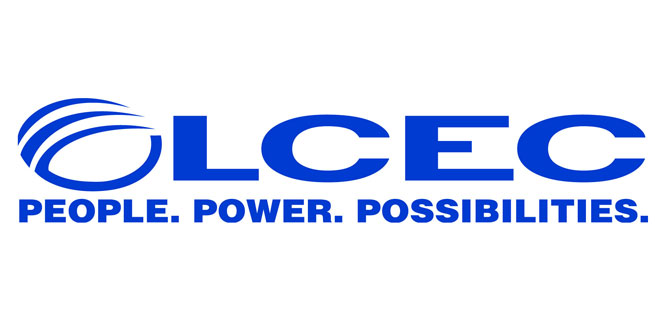 On Dec. 9, some Marco Island residents were left in the dark after an aged distribution power line failed. The failure caused stress to a nearby pole which broke. The line went down, leaving a live electrical wire on the ground. The power went out for about 2,200 Lee County Electric Cooperative customers.

This incident is one example of why LCEC has been working since the first quarter of 2013 to replace and rebuild the overhead distribution line — wires, poles and associated hardware — along San Marco Road. According to Karen Ryan, an LCEC spokesperson, this distribution line is among the oldest in the company’s system. “This capital project restores functionality and integrity to this portion of the LCEC distribution infrastructure,” she notes.

The ultimate goal of the project is to increase the reliability of LCEC’s system on Marco. It is just one more weapon in the company’s maintenance arsenal, which includes weather and wildlife monitoring, vegetation management and general inspection of its remote and aging infrastructure.

“LCEC’s reliability record is one of the best in the industry,” says Ryan. “LCEC continually has maintenance projects underway throughout our five-county service territory. Monitoring, inspecting and maintaining the electric infrastructure is the key to reliability…so there is never a time that we don’t have a maintenance project underway.”

To be sure, the work along San Marco Road has not gone unnoticed by Marco Island residents and visitors. Large bucket trucks have been stationed in various areas along San Marco Road throughout the year, and intermittent but short power outages have been common occurrences. Even Tommie Barfield Elementary and the Greater Marco Family YMCA have been affected.

When the line went down on 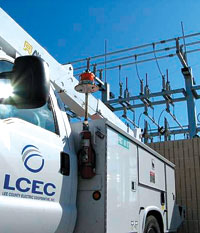 Dec. 9, LCEC crews jumped into action, though. Thanks to LCEC’s high-tech system, power was rerouted quickly, and all but 500 customers had power restored within 30 minutes. Those customers still in the dark had to wait until the next morning, as 10 crews worked to rebuild the downed pole and wire.

Despite the presence of a live wire on the ground, Ryan indicates that LCEC crews worked with the Marco Island Police and Fire-Rescue departments to secure the area through the company’s System Operations Center. “They ensure the system is not compromised further and that it is managed so it is not a threat to the public,” she explains. “This may mean de-energizing until a crew arrives on the scene and contact with local safety officials.”

According to Assistant Police Chief Dave Baer, Marco’s police officers helped redirect traffic during the incident, as well as helping with public communications and shifting manpower to black-out areas. “These areas may or may not be protected when situations like this occur,” adds Baer.

In the end, power was completely restored; no one was hurt; and power crews quickly completed more of the distribution line replacement project. Island residents will continue to see power crews and bucket trucks along San Marco Road into the new year, as the work schedule for the project varies depending on weather, resource availability and project scheduling.

As such, Ryan recommends Marco Islanders stay safe by steering clear of utility workers and their equipment. “Utility workers are trained in safety and have special safety equipment that allows them to work with high voltages and utility equipment,” she says. “It is also critical that they focus on their work. The less distractions, the better.”