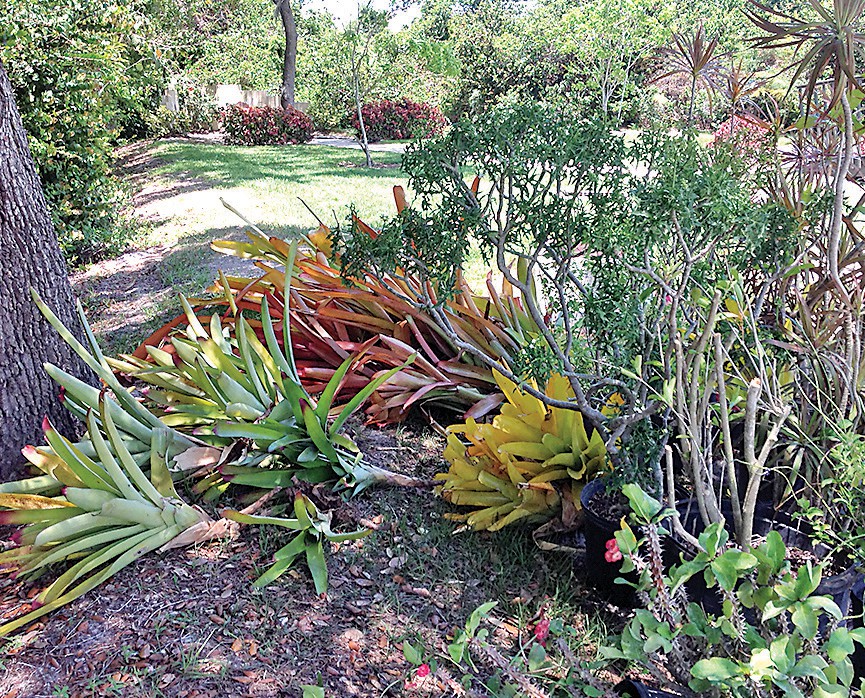 Over 30 plants were donated to Marco Island Academy by the Naples Botanical Garden for this project.

Calusa Garden Club members toured the Academy grounds, surveyed the existing landscaping, and made a report to Academy Principal Melissa Scott, Dean of Students Kelly Monott, Environmental Science teacher Jerry Miller, and Guidance Counselor Chris Zumstein. The report outlined suggestions for additional plants, trees, and shrubs that would enhance the campus. Three planting areas were identified: The Academy’s existing Memorial Garden, with both sun and shade areas, the land surrounding the Academy’s sign, and the main entrance at the plaza between buildings. After discussing the report with the Academy committee, Mrs. Foley sent an enthusiastic email to Calusa Garden Club members asking for donations of plants for the Academy. Garden Club members responded with loads of plants from their own gardens and from local garden suppliers. 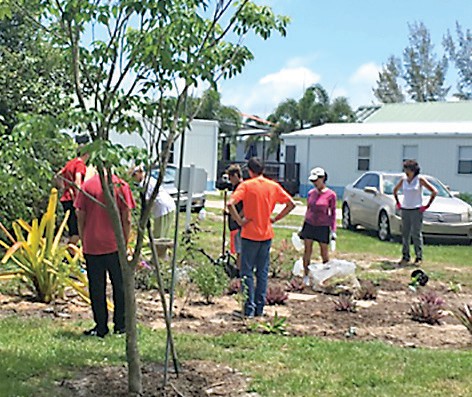 On May 2nd, members of the Garden Club and students from teacher Jerry Miller’s Environmental Science class began their day of hard work. The group planted more than 40 new plants and transplanted about 10 plants to areas better suited to their needs. The “before and after” pictures show how hard everyone worked, and highlight

Calusa Garden Club is a member of the Florida Federation of Garden Clubs. Membership is open to persons interested in horticulture, floral design, and environmental matters, who reside five months or more in Collier County.