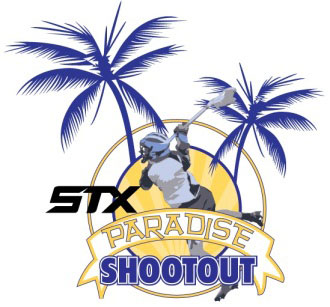 North Collier Regional Park will serve as the host of two of the nation’s top high school club lacrosse tournaments in November. November has been proclaimed as Lacrosse Month in Collier County and gets started with the inaugural STX Paradise Shootout when 30 boys teams from across the country travel to the area to compete Nov. 5th-6th in front of some of the sport’s top college coaches.

Local teams will have the rare opportunity to play against other elite clubs from as far away as California and New York. The field will be headed by the CNY Road Hawks, the upstate NY team that is currently ranked second in the nation by Inside Lacrosse Magazine, and the MD Rough Riders who are ranked third.

Each player on a tournament championship team will receive a free lacrosse head from STX, the tournament’s title sponsor. Tom Shcreiner, Event Marketing Manager for STX, said, “We are thrilled with the new partnership, and know that together we can grow the Paradise Shootout into the marquee recruiting event in the South East. It makes total sense to partner with a leader in sports promotions and resources with the world’s leading manufacturer of men’s and women’s lacrosse products.”

The tournament will be comprised of various age groups ranging from the youth level to the high school elite. A limited number of Local Florida players will have the opportunity to join the CNY Roadhawks for the tournament.  The Roadhawks are looking for a few players to round out their roster.  For more information call the Corrigan Sports Enterprises offices 410-605-9381.

The weekend will also include three free clinics or seminars that will be open to the public. Local players and coaches are encouraged to come out and learn some tips and drills from college coaches.

On Nov. 5th at 10 a.m. Brian Holman, Assistant Coach at the University of North Carolina, will conduct a one-hour clinic about the fundamentals of team defense. Later at 7 p.m. Pat Tracy, Assistant Coach at High Point University, will demonstrate the art of dodging and shooting. Notre Dame assistant Bill Milone will host a one-hour Question and Answer session at 10 a.m. on Sunday for parents and student-athletes about the high school recruiting process. An impressive list of college coaches will attend the Paradise Shootout to recruit for their respective programs.

Both tournaments combined will generate several million dollars in economic impact for local businesses. Nearly 30 hotels will benefit from the estimated 7,000 out-of-town visitors.

CSE, an event management company based out of Baltimore, Md., owns and operates the Paradise Shootout. The company is best known in the lacrosse community for its management of the annual Under Armour All-America Lacrosse Classic since its inception 2006.