Kretschmer Family Freezes for a Reason 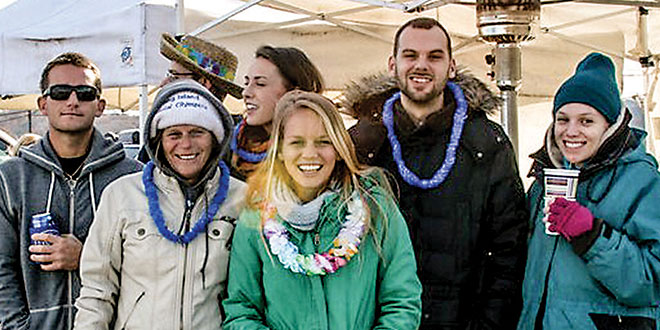 Halley Kretschmer took the plunge, so did her mother, Ellen and brother Bruce Jr.

It was the Polar Plunge, into the icy waters of Cedar Beach at Mount Sinai, N.Y. on Nov. 24.

The Marco Islanders were “Freezin’ for a Reason,” to support Special Olympics of New York.

“In late November of 2012, I was studying for finals (at the University of Miami) when I came across a posting for the plunge. I majored in special education and follow the Special Olympics avidly,” Halley said.

“Hurricane Sandy had postponed the plunge into December, giving us enough time to register and fund raise. I had set our goal at $400, the cost to support one athlete for an 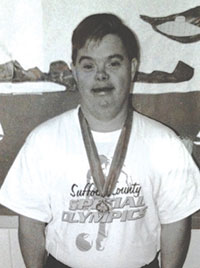 entire year. We were overwhelmed when we raised over $2,000 within just a couple weeks.”

“We were all more than willing to support our family’s efforts to raise money for the organization that he so deeply enjoyed participating in,” she said.

The Kretschmers named their team “Big Ed’s Big Hearts” in honor of Edward and the many hearts he touched with his character and love,” she said. “If he were still with us, he would most certainly participate in the plunge and have the biggest smile out of the bunch!”

Edward passed away at 57, more than a year ago. 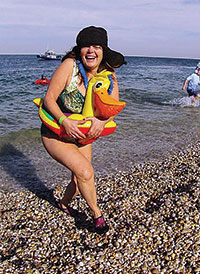 is by chance, the second is coincidence, and the third makes it a tradition.”

“It has become an annual event amongst our family and friends, and now friends of friends,” Halley said.

This year the team was made up of 19 plungers and more than 35 cheering tailgaters.

“Plungers know there’s no backing out now, as we are only going to continue to grow with every year and need their support,” Halley said.

“We surpassed our goal, raising more than $6,000. “Next year we hope to raise $8,000. People interested in following our journey can “like” our Facebook page at www.facebook.com/bigedsbighearts.”