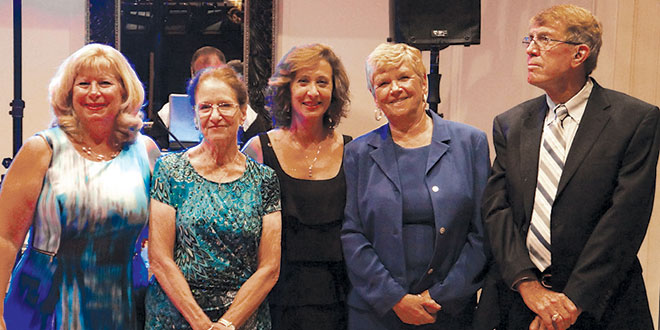 The Kiwanis Club of Marco Island recently installed their new board and officers and presented awards during an evening at Hideaway Beach, complete with dinner, music and dancing.

Early in the evening, past president Dianna Dohm handed the reins to incoming president Tim Klune. Tim presented Dianna with a gavel for her service to the club.

Tim said his goals as president include “increasing member involvement and growing the club.” Tim told the group about the success of Project Eliminate, an example of how Kiwanis has made a “major, important positive difference in our world.” The goal of Kiwanis Project Eliminate is to eliminate maternal and neonatal tetanus worldwide through vaccinations.

The Kiwanis club honored three special individuals, selected for their advocacy for children, all making a lasting impact on the lives of Marco youth.

Dr. Kathleen Reynolds was honored as the Kiwanian of the Year. Kathleen chairs the scholarship committee, the Terrific Kids committee and the Priority One committee. Kathleen was also inducted as president-elect, 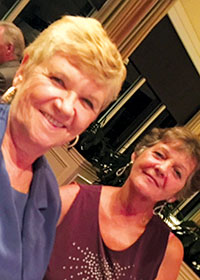 Lola Dial received the Walter Zeller Fellowship award. Lola is the city’s teen center recreation leader. She is also an advisor for Marco Island Academy’s Key Club and provides guidance and support to the student members to help them keep the club running.

Lori Galiana was made an honorary Kiwanian for her continued dedication to the children of Marco Island. Lori is a U.S. and world history teacher at Marco Island Academy, and the school’s varsity cheerleading coach. Marco Island Academy Key Club is supported by Lori; she serves as an advisor to the students.

Case VanKleef, past international president, was in attendance and eloquently addressed the guests saying, “Kindness is not a random act, it is a lifestyle.” His fellow Kiwanians concurred.