Killing Kennedy: The End of Camelot 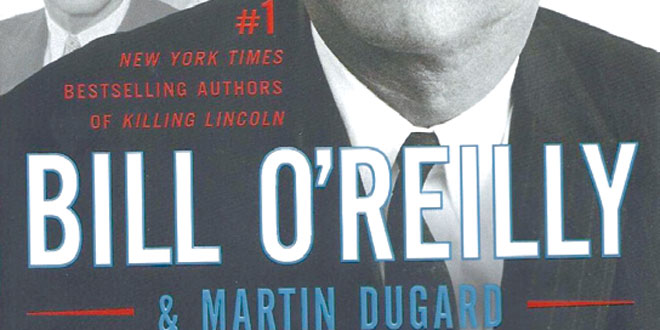 n October 1962 I was a fairly new bride, with a four month old baby, living in Perrine, Florida, a suburb of Miami, only 228 miles from Cuba. My nervousness in how to care for a new baby was grossly overshadowed by my fear in hearing the constant roar of military trucks loaded with servicemen rumbling down the highway a few blocks from my home headed to Homestead Air Force Base. Overhead could be heard the nerve-racking drone of military planes headed to the same base and the Harry Truman Navel base in Key West. Only a year before President Kennedy had bungled the Bay of Pigs invasion in Cuba. Now we were told that Russia was supplying the Cubans with nuclear missiles capable of easily hitting the United States. Being in the nearest city to the Cuban missile base was a terrifying place to be. This was the closest that the U.S. and Russia had ever come to nuclear war. I remember sitting down to write a letter to my infant daughter telling her how much we loved her and how fearful we were that the life we had envisioned for her might never come to pass. Some thirty five years later I gave her that letter. She did not seem to be terribly impressed by it. She had no idea how much emotion and love was wrapped up in writing that letter nor could she imagine the terror of those days before common sense prevailed and Khrushchev backed down and removed those missiles after being threatened with all-out nuclear war by President Kennedy. In my own opinion, the Bay of Pigs debacle in 1961 may have been our saving grace when this terrifying event occurred. President Kennedy was so mortified by his indecisiveness during that event that there was no way he was going to let anything like that ever happen again. He was forced to show that he was most sincere in his threats to the Communist leader and due to those decisive statements he prevented what had been, up to then, the unthinkable.

The title of this book, Killing Kennedy, is a bit misleading as it is only partially about that eventful day and the mental processes and actions on the part of Lee Harvey Oswald, leading up to that day. Much more of the story is about John F. Kennedy and the man he was and how he became that person. Further, you learn about those around him in the White House after his election to the office of President of the United States of America. At the time he 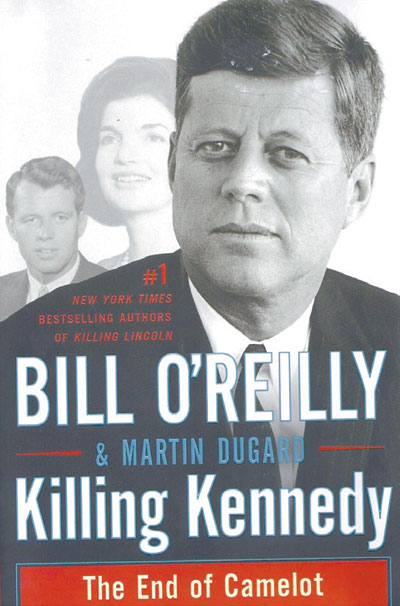 was killed I was young and not very much into politics so was surprised to learn that Lyndon Johnson was only chosen as his running mate due to the fact that it was felt his attachment to the ticket was the best way to win the state of Texas over to Kennedy’s election. There was no love between the two and after the election Vice President Johnson was virtually ignored and almost never asked his opinion on any subject. He was actively despised by Bobby Kennedy, who was considered President Kennedy’s right hand man. Kennedy’s involvement with Frank Sinatra and his cohorts, many of whom were members of the mob, had to be squelched before that affiliation did his political aspirations a great deal of harm. Kennedy’s frequent liaisons with Marilyn Monroe had the potential for further harm to the presidency. In those days the media was not so quick to publicize the sexual indiscretions of those in the higher positions in government so they were able to continue their involvement with women without fear of its affect on them, both publicly and privately. Mrs. Kennedy took the position of what she didn’t see wouldn’t hurt her so made herself an infrequent member of the president’s household by making sure she was visiting with friends and family for long stretches of time.

To this very day there is question as to whether Oswald was the only person involved in the assassination. Many still insist that there was no possible way that the shots that killed the President could have come from only one gun and from only one direction. There have been many reports and books written about that day and what occurred. This is Bill O’Rielly and Martin Dugard’s interpretation of the events and much of what led up to that eventful and shocking tragedy.

Those of you who read O’Rielly and Dugard’s book, Killing Lincoln learned a great deal about the issues of the day and those involved that lead to the shocking assassination of that president. You will find equally interesting tidbits of history in this book. I found the former book written more in the style of a mystery, not easily put down. This book, being more current and filled with facts that many of us are already somewhat aware of, comes more as a clarification and amplification of many of these facts. It is an interesting book that fills in the blanks in our knowledge of some of the more recent events in our country’s history.

Maggie Gust is a life-long avid reader whose career path has included working as a teacher and in various positions in the health care field. A native of Illinois, she has lived in Florida since 1993 and presently works from her home here on Marco Island.