Keeping Health in the Family 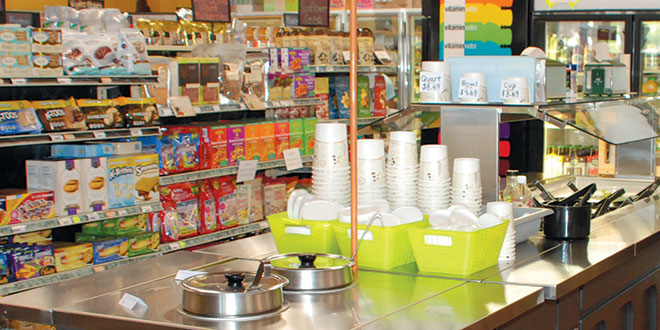 Sisters Jessica Holt and Sarah Asbell learned about the grocery business from the best — their late father, Steve Kaczynski.

“My late father spent his entire career in the grocery business. He started as a bagger and retired as CEO,” Jessica remembers. “My fondest memory as a little girl was when my sister, Sarah, and I would ride our Big Wheels up and down the aisles of the grocery store after hours while our dad and mom did inventory.

Today, the two women are carrying on his legacy as the owners of Summer Day Market & Cafe, Marco Island’s only health food store and cafe. They opened the store in September 2001, after Holt gave birth to her first daughter, Isabella. “While I was pregnant, I found it difficult to find healthy food on the island. I would have to drive to Naples to find organic foods and supplements,” she says. 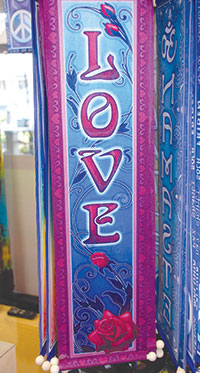 Moby Grape for the location. “We sold everything in it, emptied it and started fresh,” she notes. “He put us in touch with the largest natural and organic food supplier, and we were on our way.”

Jessica started in the grocery business at age 15 as a bagger, and worked in every department of the store, except for meat cutting, until she was a sophomore in college. At age 26, she attended National Institute of Whole Health in Boston to become a Whole Health Educator. Sarah graduated from Central Connecticut State University, and was a restaurant manager as well as a national trainer for Hops Brewery.

The family tradition continues as Summer Day is absolutely a family affair. Holt’s three daughters — Isabella, 13; Eliana, 7; and Delia,1 — all spent every day at the store until they started crawling. Isabella works at the store on school vacations, and Eliana loves to price items and bag groceries. Delia just loves to make the customers smile. Sarah has two boys, James, 9, and Matthew,

7. The matriarch of the clan, Mary Kaczynski, helps with everything: pricing, cooking, ordering and watching the kids.

As with most businesses, there have been challenges. Jessica notes that even now after 13 years of business some salespeople come into the store asking to speak to her boss: “Many people don’t take two young women seriously.” She also suffered a medical set back in 2011 when she had brain surgery, but true to form, her entire family rolled up their sleeves to help. Sarah and her parents ran the store while she recuperated.

Holt dreams of expanding the cafe: “We just set up a new soup and salad bar, and within five years, I would love to serve meals as well.” She also dreams of keeping Summer Day all in the family: “In 10 years, my girls will all be old enough to work for me. I would love to be at the beach with my mom and sister while the next generation takes over!”