Judith Miller: Anatomy of a demolition 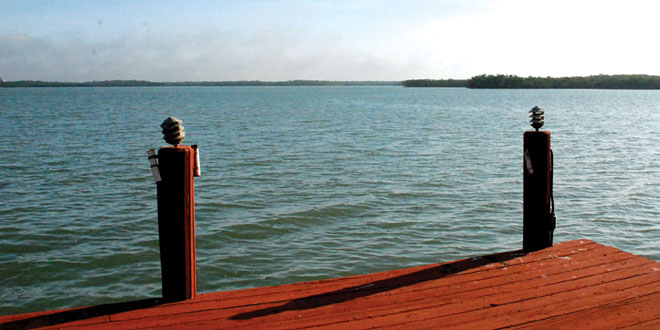 In 1989, David and Judith Miller visited some friends in Marco Island. They bought a house on Barfield Bay the very first weekend they were here, and made Marco their permanent home in 1995.

The house — once located at 781 Caxambas Drive — was David’s “dream home,” Judith remembers. He loved it so much that he bought the lot next to the house so he could expand it. After two additions, the house totaled 6,000 square feet and had a basement. “He wanted what he wanted,” she notes.

David’s dream home became Judith’s nightmare last year, though, when he unexpectedly passed away of a brain aneurism. A distraught widow, she was left to sell the home on her own. When a tricky real estate market left few eager buyers for the house, Judith decided to sell the house (Lot 9) and the second lot (Lot 10) as separate properties. There was just one problem: The additions to the house had been built over the original property line dividing the two lots, extending the house over the property line by about 15 feet.

As such, Judith was granted a lot line adjustment by the city of Marco Island, adding 25 feet to Lot 9 and making Lot 10’s dimensions 100 feet x 175 feet. These measurements kept Lot 10 within the city’s minimum lot size requirements. She lined up a buyer for Lot 10 who offered almost $850,000 for it.

“The day (Lot 10) went on the market it sold,” Judith says. “The buyer was told by his architect that he better check with MICA to see if (the

That is when the sale of the lot — and for a second time Judith’s world — fell apart. The reason: The Marco Island Civic Association is the keeper and enforcer of the community’s deed restrictions, and MICA’s governing board told Judith her plans were prohibited by Marco Island’s deed restrictions. She was not allowed to adjust the lot line on her properties. A nearly year-long saga ensued. It ended last November with an estate and landscaping sale and ultimately with the demolition of Judith’s beloved home in December.

“I sold all of the fixtures and furniture, and what I didn’t sell was donated,” Judith notes sadly. “I couldn’t go back again. There was just too much pain and heartache.

To be sure, most property owners on Marco Island are familiar with MICA and its 12-member board of directors. Formally organized in 1973, the non-profit corporation has “the general purpose to promote and advance the principles of civic improvement and betterment on Marco Island.” Specifically, it is responsible for Resident’s Beach and all of the activities held there.

In layman’s terms, MICA is akin to a homeowner’s association for Marco Island, and as such, it has an Architectural Review Committee that acts as an authority during the plan review process. According to MICA’s website, “the restrictions state that no new structure shall be constructed without a review of the design drawings and written approval 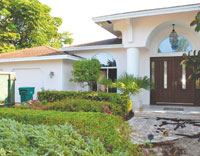 Front view of Miller’s house prior to demolition.

While MICA officials contend they work with the city of Marco Island and Collier County to unify zoning and deed restrictions, some times those setback and use regulations differ, and that was the issue with Judith Miller’s request for a lot line adjustment.

According to MICA Executive Director Ruth McCann, the deed restrictions on Lot 10 contained language that encumbered Judith’s property and made it difficult for MICA to approve the lot line adjustment when it was asked to last January. The specific restriction for her lots read as follows: “No lot as shown on this plat shall be divided or resubdivided unless both portions said lot be used to increase the size of an adjacent lot or the adjacent lots as platted.”

Not so fast, says Judith’s attorney, Craig Woodward. Having practiced law on Marco Island for 33 years, Woodward is well-versed in the deed restrictions governing development on the island. In fact, he has had dealings on the issue with both Deltona Corp. and MICA.

Woodward contends that when David and Judith Miller originally acquired their two lots the restrictions allowed for a house to be built on each lot and that no additional density was being added to the island by modifying the lots. Further, Woodward says there was precedent for MICA to approve the lot line adjustment because 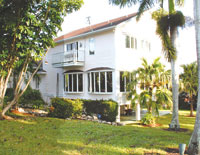 Side yard view of Miller’s house prior to demolition.

it had done so in the past. In 1996, MICA approved two lot split requests similar to Judith’s between 362 Century Court and 486 North Collier Boulevard and between 901 Maple Avenue and 900 Arawak Avenue.

“The interpretation we asked for was the same as MICA provided in the two cases,” Woodward notes.

When Woodard brought this to MICA’s attention last summer, the board agreed to ask Judith’s neighbors if they approved of the proposed change. If she could get unanimous consent from every neighbor within 300 feet of her properties — 12 in all — then MICA would approve the lot split. Keep in mind this was not something MICA had previously required of other property owners whose lot splits they approved, nor is there a requirement of neighbors’ approvals in the recorded documents or restrictions.

Still, notes Woodward, Judith chose to work as fully as possible with MICA. Her neighbors were asked last July. Nine agreed. Two said no, and one abstained. MICA put the issue to bed.

All through the ordeal, Judith kept her house on the market but to no avail. “The house was not selling. I had no showings let alone an offer. In my case, this was not just about getting a better price for my property. I couldn’t sell it the way it was,” she says matter-of-factly.

In the end, Judith felt there was only one thing to do. The house is now gone, torn down by men with sledgehammers and backhoes. Judith brought in a Naples-based custom home builder to sell the lots individually and build new homes on them. She has a legal agreement with the builder guaranteeing her a fair price for her lots.

“I am just selling them in a new way,” she adds. “I was really left with no alternative.”