Jr. Firefighter of the Year Named 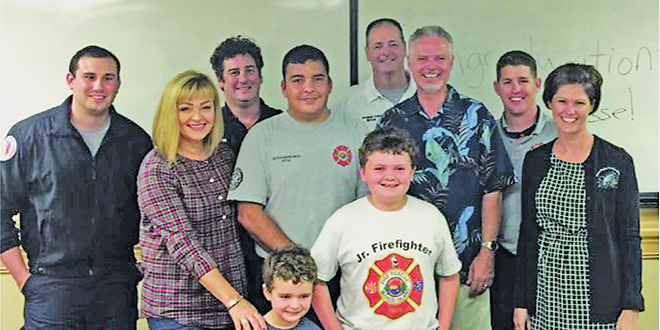 Each year the Marco Island Fire Rescue Department celebrates National Fire Prevention Week by naming one student from Tommie Barfield Elementary School (TBE) the Jr. Firefighter of the Year. That special student is chosen by the firefighters based on their ability to write the best essay on any given fire prevention topic. This year the theme was, “Don’t Wait, Check the Date.” Fourth and fifth grade 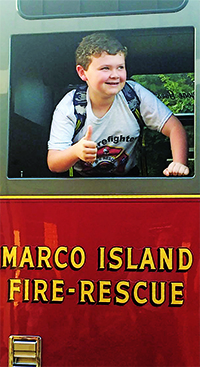 students were asked to write a 200-250 word essay on why it’s important to check and replace smoke detector batteries.

The contest took place in October and the winner was announced at the beginning of December via TBE’s daily announcement show. Although it was difficult for the firefighters to narrow it down to just one victor, they eventually came to a consensus: fourth grader Jesse Cox took home the 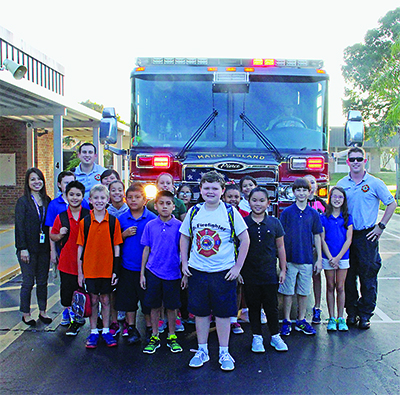 As part of his prize, Jesse was picked up from home in the fire truck and dropped off at school.

title and was able to enjoy all the perks that came with it.

On the morning of December 15th, firefighters boarded their big red fire truck in order to pick Jesse up from his home on Marco Island and transport him to school. His classmates gathered around excitedly as he exited the truck and made his grand entrance at TBE. Later that afternoon, the firefighters returned to TBE and 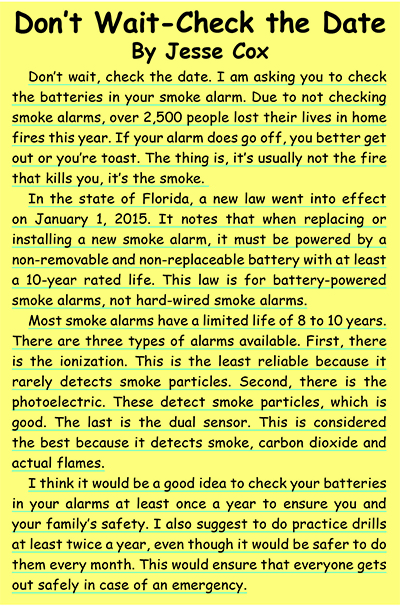 had lunch with Jesse. After school day was over, Jesse made his way to the fire station for a party that included cake and awards.

Finally, Jesse was asked to ride aboard the fire truck once again for the Christmas Island Style’s annual street parade. Jesse, his younger brother Jackson, and their parents sat with Santa and made their way down San Marco Road.