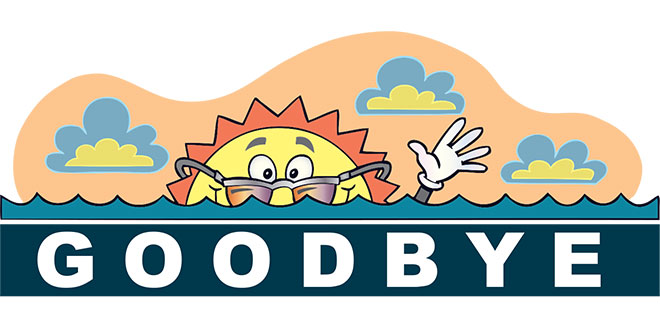 Joe Irvin is headed home. Marco Island’s Interim Director of Community Affairs has accepted the position of special projects manager for the city of Sequim in his home state of Washington. Irvin worked for Sequim prior to coming to Marco. Irvin handed in his resignation on Feb. 27, and his last day will be Friday, March 14.

Irvin and City Manager Roger Hernstadt insist his departure has nothing to do with the last three tumultuous months in Community Affairs, which included the abrupt firing of former Director of Community Affairs Bryan Milk for not reporting a business relationship and subsequent questions about recent interpretations of the city’s zoning code made by Milk that some felt directly benefited his former business partners. Some of these decisions were later reversed by Irvin.

“Joe has assured me this decision has everything to do with Washington state and nothing detrimental about Marco Island,” Hernstadt said.

Irvin’s departure also comes amidst a restructuring of the city’s Community Affairs Department, which now will fall under the purview of Growth Management. Parks and Recreation now stands alone, with Recreation Manager Mindy Gordon taking the lead and Alex Galiana as the administrative and facilities coordinator.

“I believe we need to draw a line from the past,” explained Hernstadt. “All the responsibilities remain the same other than Parks and Recreation being removed from its purview since there is no nexus between this portfolio (the Director of Growth Management position is responsible for building, planning and zoning) and parks and recreation.”

As such, the city’s Building Services and Planning and Zoning offices will be under new management soon. The city has been accepting resumes and applications for a growth management director since Feb. 14, and it will soon open up the search process for a planning manager to fill the position vacated by Irvin.

According to the city’s web site, the director of growth management will “plan, organize, supervise and direct the activities of the Planning and Zoning and Building Services Departments.” The director also will report directly to Hernstadt.

Eligible candidates should have a bachelor’s degree in planning/zoning, public administration or political science. Master’s degrees and certification by the American Institute of Certified Planners or a Professional Engineer are preferred. Candidates should have five years of experience with a governmental agency and experience as a community development director, director of planning, building department head or any field managing community growth and development.

The starting annual salary is $65,000, plus a 30-percent benefits allowance which may be taken as a cash equivalent supplement in lieu of benefits. That’s a total of $84,500.