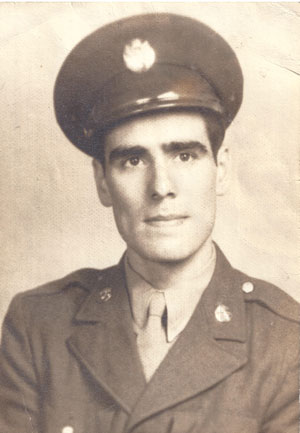 He was the beloved husband of 69 years to the late Nina Capilets.

“Joe” was born 3/19/22 in Brooklyn, NY. He served in the US Army as a Staff Sergeant in Company D 396 Regiment 87 Infantry Division. He is a recipient of a bronze star. He was part of Gen. George S. Patton’s Third Army during WWII.

As a young man Joe was a minor league pitcher for the Brooklyn Dodgers. At home he was an avid tennis and baseball participant.  He was a Life Member in the VFW Post 6370 of Marco Island, 4th degree member of the Knights of Columbus, and a member of the Italian American Society of Marco Island.

All who knew Joe loved him and enjoyed his unique personality. Whether talking sports, especially his beloved New York Mets, politics, music, or current events, Joe never allowed a lull in the conversation.  With a booming voice and an easily recognized physical stature, Joe earned the nickname chosen by his grandchildren … “Big”.

A Mass of Christian Burial will be offered at San Marco Catholic Church at 10:00 on Thursday, September 12, 2013.  Inurnment will follow at Marco Island Cemetery.