Jim Nantz and Others Speak Up For Alzheimer’s 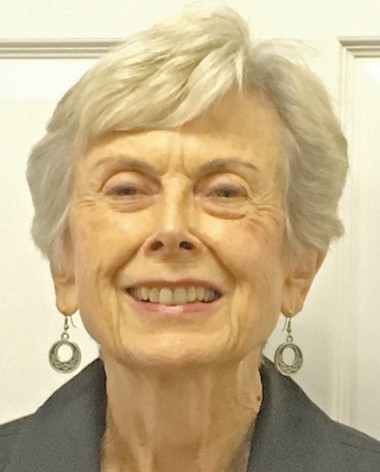 Recently, Charlie Rose interviewed Jim Nantz, an award-winning sportscaster about his advocacy role in raising awareness of Alzheimer’s disease. I missed the show but watched the video online (charlierose.com/videos/30494?autoplay=true). Nantz spoke from personal experience about the importance of raising awareness of Alzheimer’s disease and the need for a prevention or cure. He told of his dad, also Jim Nantz, who developed Alzheimer’s and died in 2008. “I have his name and even have the same voice.”

Nantz wrote a book about life with his father, “Always By My Side.” It was the positive response to the book that convinced him to make the most of the platform he has, to speak out in his father’s voice and name. “I want my dad to be heard. I want to find a way to use my voice for positive change,” he said.

In 2011 he established the Jim Nantz National Alzheimer’s Center in Houston, Texas. Two physicians from the center were also interviewed by Rose. Dr. Stanley Appel is head of neurology at the Houston center. When Nantz sought him out to diagnose his dad, Appel found the elder Nantz was beyond the early stage of Alzheimer’s. At the time of the diagnosis, Nantz’s mother was being counseled in an adjoining room. He could hear her through the walls “wailing” in the other room at the news. While his father could “still hold on” he used “Hello friends,” at the beginning of his sportscast as a coded message to his dad and still pictures him when he says it. He characterized the family’s caregiving experience as a thirteen-year struggle.

Now Nantz and his wife, Courtney, whose uncle has early onset dementia, speak about Alzheimer’s around the country raising funds for the national center in Houston.

Rose asked Dr. Appel about where we are now in the search for a prevention or cure of Alzheimer’s disease. Dr. Appel was optimistic, saying this is a most exciting time in research. There is more hope now ultimately to cure the disease and to slow the progression of 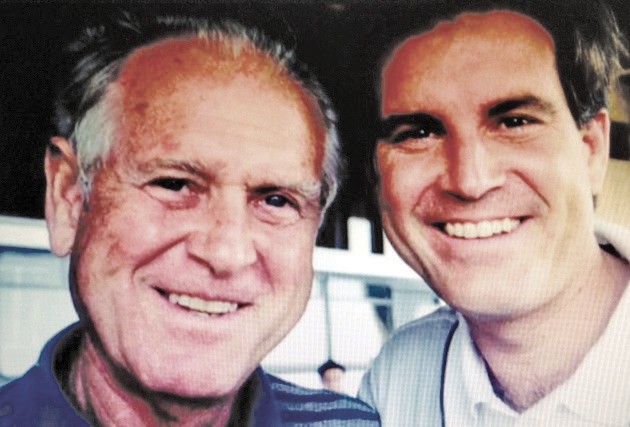 it. If we can get people early, say those with Mild Cognitive Impairment from progressing to a more advanced stage, they can live mostly normal lives. It is what is being tested now in clinical trials at all major research institutions around the country.

Dr. Joseph Masdeu, director of neuroimaging at the Houston center, said we now have the tools to see what is going on in the brain. We can see the build-up of amyloid protein. The idea is to use medicine to push it back by ten or twenty years. There are four treatment trials underway in Houston. It is the first time we are attacking the problem knowing what the problem is – amyloid. Dr. Appel added, after amyloid buildup the tau protein begins building up, and that is when the person starts having problems. Neuroimaging is now being used to look at people’s brains fifteen years before the buildup of these proteins. Dr. Masdeu estimated that within three years something will be found to stop this protein progression.

It’s an era of personalized medicine, Dr. Appel said, when neuroimaging can spot the earliest stages of disease. We’re also about helping people have a good quality of life. We used to think a single gene was responsible for Alzheimer’s disease. Now, ten percent of cases represent that. There can be one hundred to one hundred fifty genes dictating susceptibility to the disease. He added, “Genes hold the gun but environment pulls the trigger. I am more positive, more hopeful now than I’ve ever been that the immune system will help people develop resistance and hopeful people have stronger immune systems.”

Dr. Appel cited Nancy Reagan as a heroine for bringing the subject of Alzheimer’s to the public. He said when prominent people start talking about those in their family with this disease, it raises awareness.

That is just what Jim Nantz is doing, speaking at fundraising events. “There was a stigma before. People were embarrassed to say someone in their family had Alzheimer’s disease. But people like the 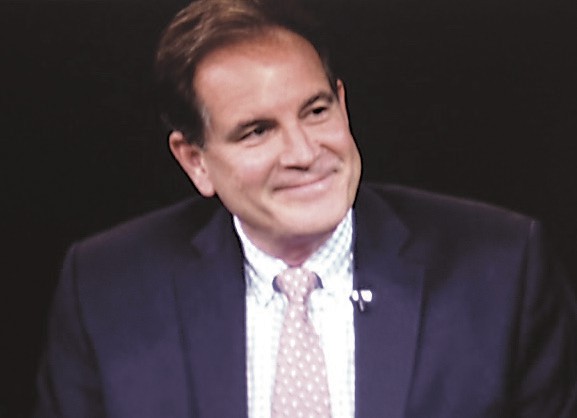 Reagans and Maria Shriver have spoken up. I want to join that team, to be a crusader for this cause.”

Nantz wore a blue and white shirt with a lavender forget-me-knot tie. Twenty percent of the $85 cost of the tie from Vineyard Vines partnering with Jim Nantz, goes to the Nantz National Alzheimer’s Center. You can see the tie online at vineyardvines.com/forget-me-knot.

According to blogger Jeff Anderson on aplaceformom.com, there is a long list of celebrities who have or had Alzheimer’s disease and some who have been advocates, raising awareness of the disease. One such is Pat Summitt, who coached the Tennessee Lady Vols to an amazing eight NCAA championships. She spoke publicly about her diagnosis of early onset Alzheimer’s disease and worked for the cause until her death in June 2016.

Glen Campbell, country singer and guitarist, announced in 2011 that he’d been diagnosed with Alzheimer’s. He completed his “Goodbye Tour” after fifty years in the music business and on television winning four Grammys. Another contemporary musician, Malcolm Young, guitarist and co-founder of the rock band AC/DC, recently announced retirement from his music career due to a dementia diagnosis.

Movie star Rita Hayworth, who rose to prominence in the 1940s, was an earlier advocate for those with Alzheimer’s. Despite obvious memory loss, she was not correctly diagnosed for several years. Once she was, she became the “face of Alzheimer’s disease” during the 1980s. In October, the Alzheimer’s Association will hold its 34th annual Rita Hayworth gala in NYC. Other actors in addition to Ronald Reagan who died of Alzheimer’s include Charlton Heston, Charles Bronson, and Jimmy Stewart. Those in the music, art, and literary world include Perry Como, Aaron Copeland, and author

E.B. White. Norman Rockwell, whose nostalgic pictures of family life appeared for years on the cover of the Saturday Evening Post, had Alzheimer’s and died in 1978. His paintings are sometimes used in dementia therapy groups for memories they elicit according to the site, aplaceformom.com.

Although most of us are not celebrities, we can still speak out about 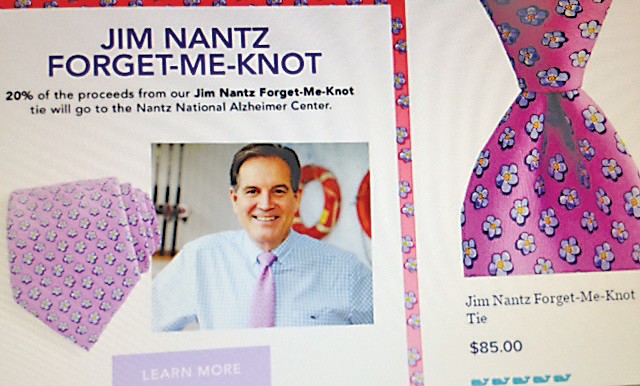 June 21 has been designated by the Alzheimer’s Association as “The Longest Day;” “For those facing Alzheimer’s, every day is the longest day.” Their site, The Longest Day 2017 Alzheimer’s Association, has suggestions for activities to honor a loved one on that day: for example doing something special with a loved one or in memory of someone. Suggestions are also given for fundraising activities like a dance-a-thon, a bowl-a-thon, or finding sponsors for a kayaking trip or any activity you enjoy.

On June 21, I might try my hand at writing a family story about my experiences as a caregiver for my husband and my mom. Or I might go online and start emailing family and friends about donations for the Naples Walk to End Alzheimer’s November 18. Then again, maybe I won’t do either but just go to the beach and think about them. You choose, but consider doing something special for those with Alzheimer’s or their caregivers on “The Longest Day.”

For help on all aspects of Alzheimer’s disease and other dementias call the national Alzheimer’s Association confidential, 24/7 helpline at 800-272-3900 or the local Bonita Springs office at 239-405- 7008 for care consults and support group information. Also helpful with local educational programs, workshops, and support groups, is the Naples Alzheimer’s Support Network, 239-262-8388.