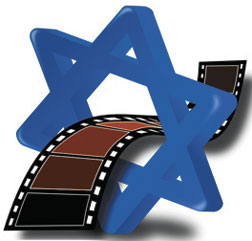 The Jewish Congregation of Marco Island, in cooperation with the Jewish Federation of Collier County, is presenting a series of award winning films which have been acclaimed throughout the United States and Canada. The films have been scrupulously reviewed and selected for their interesting and informative content by the JCMI Film Festival committee. The Jewish Film Festival is presented under the auspices of the Sidney R. Hoffman Memorial.

The films tell the story of Jewish life and are intended to both educate and enlighten the audience. The themes are not only meaningful to the Jewish community but to all who seek understanding and awareness of the Jewish experience. The four films in the series reveal insights into life led with courage, humor, endurance and above all, deep, profound faith.

The 11th season of the film festival begins on Sunday, January 15, 2012 with a comedy, The Yankles, about a group of Yeshiva students who are called by God to start a baseball team. They dress in their traditional black suits, long Payot, emerging from their baseball helmets. Their coach is a former felon on parole, the combination creating a new, funny image of America’s favorite sport.

Sunday’s film will begin at 2:00 PM at the Jewish Congregation, 991 Winterberry Drive and tickets may be obtained at the door. Please come early at 1:15 PM for delicious hot potato latkes and dessert served before show time. Refreshments will be served at all four film showings either before or after the presentation. Please consult the schedule at the end of this article.

There are three more films on the festival schedule. All shows will be presented at JCMI and will begin at 2 PM. Tickets for individual films are $25 each. Series tickets are available for reduced prices from JCMI. Please contact the office at 642-0800.