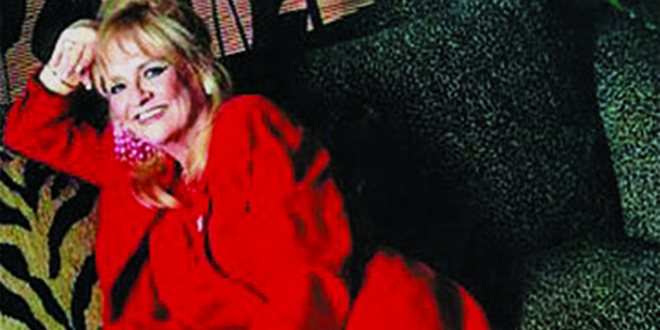 Jazz comes to the Marco Island Center for the Arts when well-known singer Jebry performs January 20, 2017 at 5:30 PM. This one-time Harry James Big Band singer was among the first to bring jazz to Naples and she will perform at the Center for one night bringing jazz to Marco Island.

This show is a continuation of the Center’s expansion to the musical arts and its well received musical interlude series. In the words of Hyla Crane, executive director, “All I can say it wow. Jebry is a dynamo and her voice is something special.”

Jebry grew up in a musical family. Her mother played several musical instruments and her father was a drummer and singer. Her house was filled with jazz music from Ella Fitzgerald, Mel Torme and Frank Sinatra. Eventually, Jebry formed her own band and spent 20 years on the road, performing at jazz clubs and theaters throughout Europe, Asia, Greenland, Iceland and Canada. She was in Berlin the day the wall came down, and the band took its instruments outside to play, “When the Saints Go Marching In.”

Jebry’s shows feature music from the 1930s and 1940s, but she has been known to delve into other eras as well. She will be accompanied by her husband and longtime partner and band mate.

Tickets are $25 and are available on a first come, first served basis. Tickets may be obtained by visiting the Marco Island Center for the Arts at 1010 Winterberry Drive, Marco Island from 9 AM to 4 PM, Monday to Friday, by calling 239-394-4221 or by visiting www.marcoislandart.org.