It’s the Carol that you sing 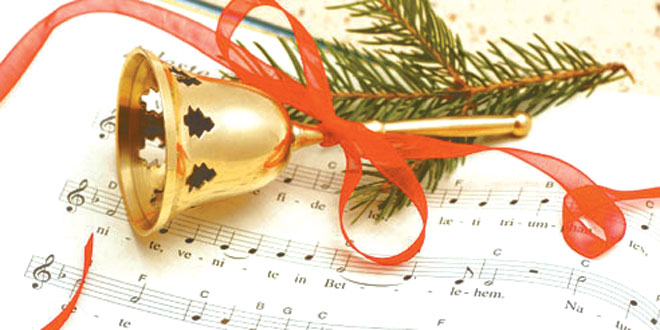 “ pair of Hop-a-long boots and a pistol that shoots, is the wish of Barney & Ben, Dolls that will talk, and go for a walk, is the hope, of Janice and Jen.

Mom and Dad, can hardly wait for school to start again…

It’s beginning to look a lot like Christmas, soon the bells will start, and the thing that will make them ring, is the carol that you sing, right within your heart”…

No matter which song – and there are a sleighload – I guarantee that at least one yuletide ditty will end up getting stuck in your head this holiday season. Usually, I won’t even know I’m singing until somebody brings it to my attention. That’s always good for a couple chuckles… Chuck Berry’s Run Rudolph, Run has always been at the top of my list, followed so ever closely by Bobby “Boris” Pickett’s Monster’s Holiday. Alvin & The Chipmunks, and who could forget Run-DMC’s Christmas in Hollis. What a classic!

‘Round this time of year, it’s hard to go anywhere, and I really do mean anywhere, without hearing one of those old-timey crooners, singing about jingling bells, flying reindeer, Santa Clause or the joy and peace of the Christmas season. Over the years, artists like Johnny Mathis, Elvis Presley, Mannheim Steamroller, Bing Crosby and The Carpenters have all recorded traditional Christmas songs, still heard on the “all-holiday” radio stations that run those old feel good classics, 24 hours a day, from late October through mid-January.

Where do songs like Jingle Bells, Joy To The World, and Deck The Halls come from? Away In A Manger, Frosty The Snowman, Silent Night and Rudolph The Red Nosed Reindeer have been around long before me, maybe forever, but where did they come from? This tweek’s Music Notes fills y’all in on some little known Christmas Carol tidbits. Grab you a nice glass of nog and gather round the fireplace. Here goes nothin’…

• During the Christmas Truce of 1914, English and German troops fighting in WWI simultaneously sung Silent Night on the battlefield.

• The timeless story of Jesus’ birth has been translated into over 300 languages and dialects. Covered by artists from just about every style of music, Johnny Cash, Sinead O’Connor, Josh Groban, Kenny Chesney, Dean Martin, Amy Grant and Emmylou Harris have all released wonderful versions of the tune.

• The words to the traditional religious carol, O Little Town of Bethlehem were written by an Episcopal priest named Phillips Brooks in 1867. The music, titled “St. Louis,” was written by Lewis H. Redner a year later.

• In 1739, Hark! The Herald Angels Sing was written by the brother of the founder of the Methodist church. The carol has been recorded by the likes of Frank Sinatra, Nat King Cole, Mahalia Jackson, Diamond Rio, Martina McBride, Mariah Carey and even Steve Martin.

• A Christmas Gift For You. At the height of his success, producer, Phil Spector released this Christmas album, featuring his trademark “wall of sound” coupled with his top recording acts.

• The Crystals, Ronettes, Darlene Love, and Bob B. Soxx & The Blue Jeans all contributed their versions of Christmas songs like Marshmallow World, I Saw Mommy Kissing Santa Claus, Frosty The Snowman and Christmas (Baby Please Come Home). Unfortunately, the album was released the same day as President Kennedy’s assassination, initially making it a flop. Luckily for Phil, over time, it has become one of the top selling Christmas pop albums.

I hope y’all have a blessed, wonderful holiday season. Thanksgiving, Christmas, Hanukkah, Kwanza, New Year’s… Be safe, eat well and remember…make a joyful noise; It’s the carol that you sing.

Chat with y’all NEXT YEAR!