It’s a Matter of Survival 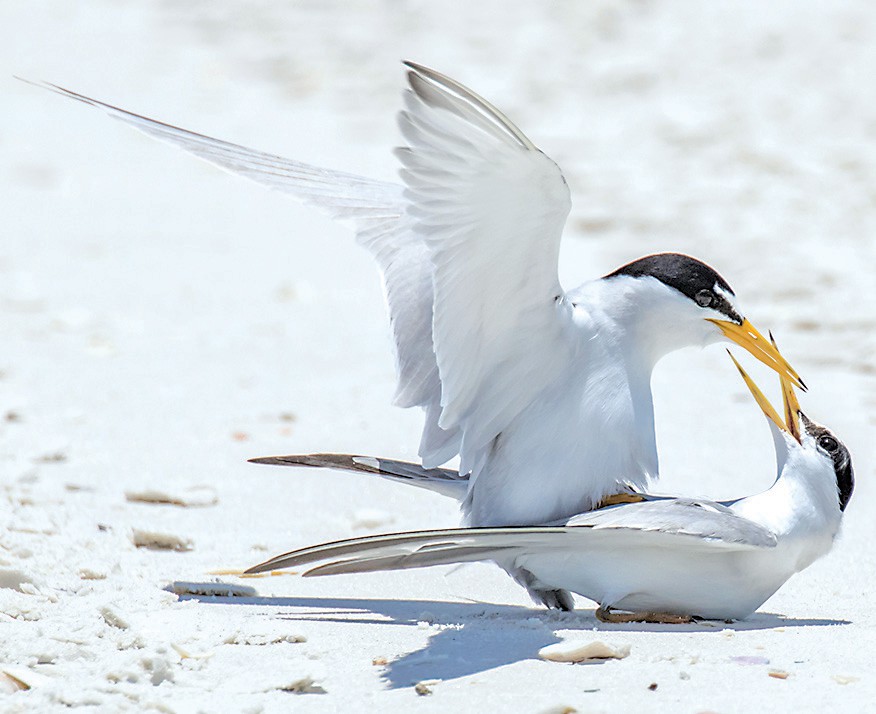 On Sand Dollar Island, while some least terns are busy incubating their eggs others are still in courtship mode. Nearby, the black skimmers were observed panting under the harsh sun as they sat on their eggs. The birds have returned to their favorite strand of sand to rest, nest, feed and breed.

Across the lagoon at the Hideaway Beach side, a large flashing “No Dogs on the Beach” sign warned boaters as they unloaded their cargo of day trippers on Sand Dollar Island. The presence of two of the state’s newly-designated threatened species nesting on Sand Dollar Island added a sense of urgency to the warning sign. 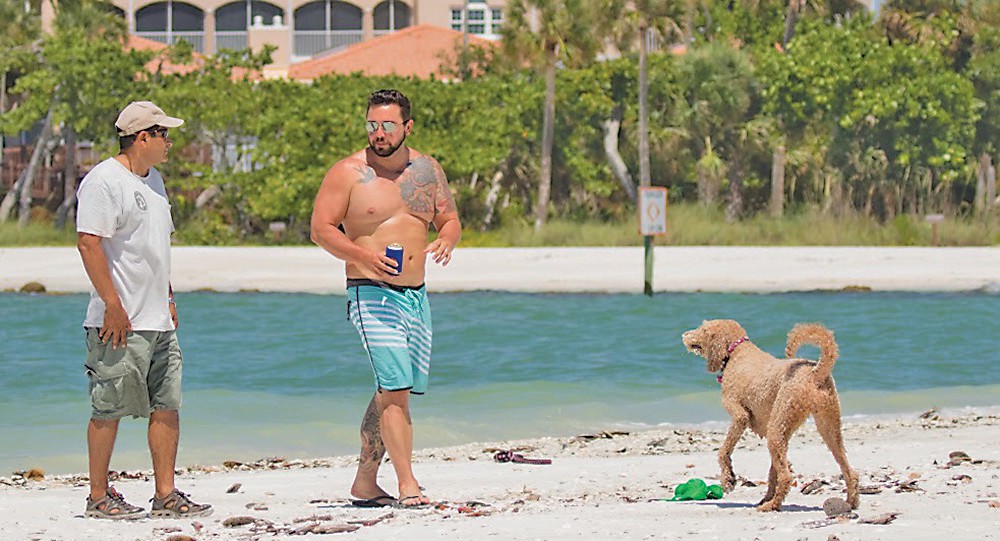 FWC Law Enforcement Officer Ricardo Zambrano reminds a boater that there are “No Dogs Allowed” on Marco’s beaches.

black skimmers and least terns have become so increasingly rare that the Florida Fish and Wildlife Conservation Commission (FWC) has added them to Florida’s “Threatened” status (FT). Their numbers are sliding down due to coastal development, habitat loss and human disturbance.

During the Memorial Day weekend the shorebird stewards got a big assist from the Marco Island Police Department (MIPD), FWC Law Enforcement and the Collier County Sheriff’s department. Their presence sent a strong message to beachgoers to respect the birds and leave their dogs at home.

Team Ocean also set up an information tent on Sand Dollar Island, complete with chairs and a cooler filled with water. 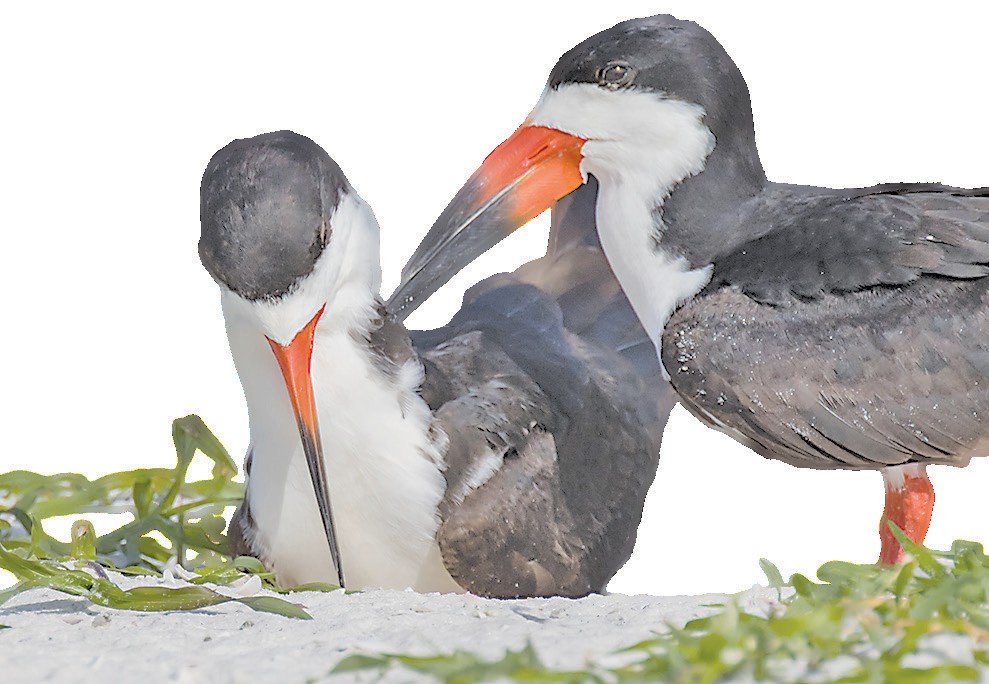 Alli Smith, Anchor Steward of Audubon Florida, set up an egg hunt for the kids. She asked them to count the eggs/nest they see inside a “mock posting” area complete with clay least tern and eggs. It was meant to demonstrate how camouflaged the eggs are and how easy it was to step on them. The reward was a free day pass to Rookery Bay. A viewing scope was set up under the tent for families and children to check out the colony of nesting birds. This educational “show and tell” was a big hit!

According to Brad Cornell of Audubon of Western Everglades,

Sand Dollar Island and the Second