Island’s Restaurant Association is Back 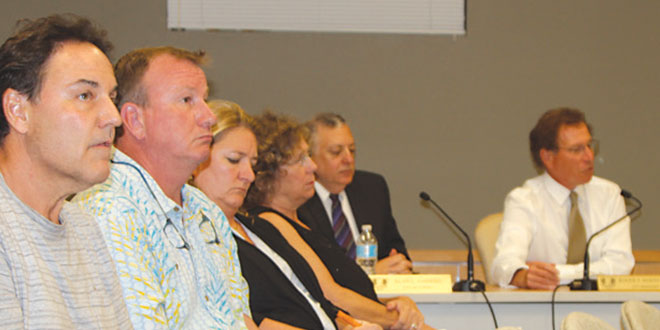 The Marco Island Restaurant Association has reformed to represent the community’s independent restaurateurs.

Curt Koon, the organization’s president, said the association began meeting two months ago to provide a unified voice for members in dealing with city government and in leveraging volume pricing from wholesalers for products. The association also enables the city to deal with one entity as it addresses issues that affect restaurants, such as a proposed revision to the grease trap ordinance, parking, fire inspections and more, he added.

“It’s an opportunity for us to work together to come up with some solutions,” said Koon.

Koon and his wife Jacquie are the owners of CJs on the Bay in the Esplanade Shoppes. He is joined on the association’s executive board by Joey Oliverio, owner of Joey’s Pizza and Pasta House, the vice president, and secretary-treasurer Susan Ackerson, owner of the Old Marco Pub & Restaurant.

About 12 members of the association attended city council’s last meeting, held November 2, “Just to reintroduce ourselves to the council and the city manager as a vehicle for us to communicate better,” said Koon. He said improved communications with the city will help to prevent situations where individual restaurant owners sometimes have incorrect understandings of some issues.

The association’s previous incarnation “lost energy” about six years ago, “so it just needs to be revitalized,” said Koon.

He said there are about 20 members now, “Primarily all the independent restaurant owners on the island. We’re looking for more members, so if people want to join they just have to contact me or one of the board members.”