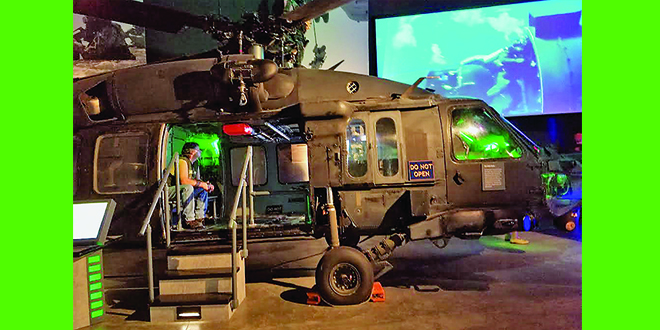 When William “Ryan” Owens/Senior Chief Petty Officer and a Special Warfare Operative with the Navy’s elite SEAL Teams was lost in action in Yemen on January 29, 2017, interest spiked in what actions had taken place during the operation and in the SEALs in general.

A group of motorcyclists from Marco Island decided it was time to make a day trip over to Ft. Pierce, Florida to visit the Navy SEAL Museum. Chuck Glogouski, Rob Taylor, Larry Gordon, Carmen Dasti and myself left Marco early on March 8th and rode the 180 miles to visit the museum in honor of both UDT and SEAL members.

The museum is built on the land originally utilized in 1943 as the U.S. Naval Amphibious Training Base. (USNATB) The base was utilized to train individuals in a number of special operations. Its purpose was to coordinate service responsibilities relating to the breaching of beach and underwater obstacles incident to amphibious landings. Both Navy and 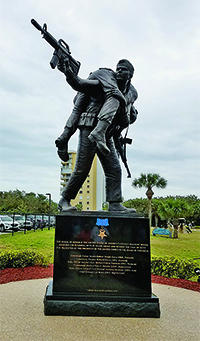 Army troops were trained to prepare for the invasions which would bring victory to Allied Forces.

Eventually, a select group of underwater demolition teams would grow out of the effort, and the term “frogmen,” was coined to describe them. It would be President Kennedy who envisioned an elite special fighting team that could be inserted into situations with specialized training and tactics, which would become known as SEAL teams.

The original base would close in 1946 after World War II, and it wouldn’t be until 1981, when a small reunion was held by some of the surviving members of those UDTs, that the idea of a facility to honor those early UDT members and SEAL teams would become something that started gaining momentum.

It would be on Veterans Day, 1985 that the museum and the dream of that facility would be realized when dedication ceremonies were held. 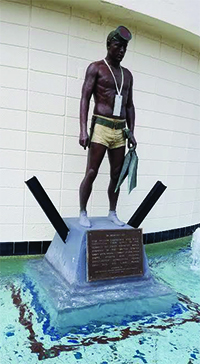 you walk through this facility,” said Rob Taylor when we visited.

The museum’s tribute to these warriors can be found on the grounds, outside the building where the history of the early frogmen and the SEAL Teams are on display. The names of all who have died are etched on a granite wall. Both SEALS and UDT Members are honored on that wall under the heading of the conflict they served in.

“This was more than worth the four-hour ride over here,” said Larry Gordon, who has had two sons serve in the U.S. Marines during the Middle East conflicts. “It’s very moving,” said Gordon.

The four hour ride back across the state was without incident, but gave each rider an opportunity to reflect on the meaning of the day and the true cost of freedom and the sacrifice recently given by William “Ryan” Owens; Another true American hero who served his country with bravery and distinction, like those others that have their names etched on that imposing black granite wall that honors them and their sacrifices.