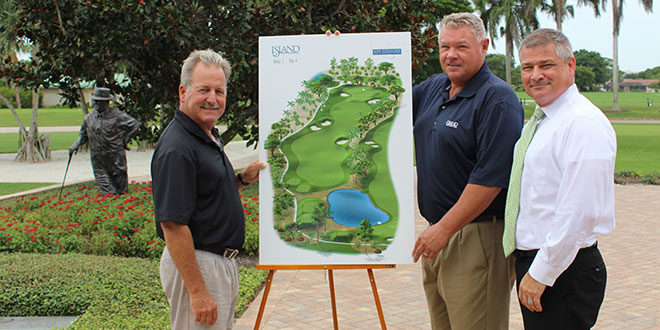 Upon news of Roger’s retirement, the Island Country Club initiated a nationwide search for his successor. This was no small undertaking as applications were received from all over the country. “We were seeking an experienced general manager/chief operating officer who had demonstrated success in managing a full-service, member owned country club,” said Rene Champagne.

Peter Cizdziel fit the mold. At the time Peter had been managing the Wildcat Run Golf and Country Club up in Estero, just a few cities north of Marco Island. And though they searched the nation for a replacement, it seems that the ICC’s new general manager was right under their nose the whole time.

Peter, a graduate of Ferris State 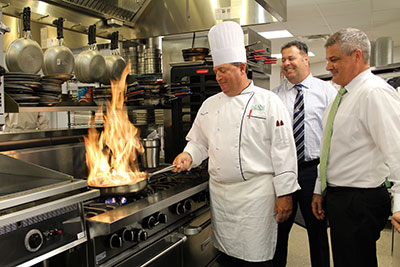 University, began his career as a PGA golf professional. However, he soon realized that he was more interested in the management side of country club work and has spent the last 20 years of his career as a general manager. Peter is also a certified club manager with the Club Manager’s Association of America as well as a community association manager licensed in the State of Florida.

Peter has already provided the Island Country Club with what the staff calls a “fresh perspective,” involving himself in all facets of country club life. From meeting with Bid Bakkar, food and beverage director and Kurt Beattie, executive chef, to discussing the golf course management with Paul Boland, director of golf and Wayne Kappauf, golf course superintendent.

Come next summer ICC intends to revamp the golf course. “We will be doing important renovations to the golf course next summer,” said ICC House Committee Chairman Gary Landis. “The course is 50 years old and it’s time for the planned changes, such as new greens. Peter is also doing updates to the

clubhouse. These changes are both cosmetic and structural insuring that the club is in tip-top shape for the start of the new season. We are preparing for our club’s 50th anniversary celebration in November. This three-day event will include golf and tennis tournaments, informal ‘get-togethers’ and a formal dinner dance.”

It seems that Peter is adjusting well to his new position on the Island. Compared to the fast paced city of Estero, Marco has what Peter calls, “a relaxed island feel.”

The Island Country Club is an 18-hole private club that boasts 25,000 rounds of golf per year. There are approximately 715 current members. In season the staff amounts to 90 people, off-season the number is about 50. The clubhouse was renovated in 2006 and provides views of the golf course and tennis courts.

For more information check out: www.island-countryclub.org.