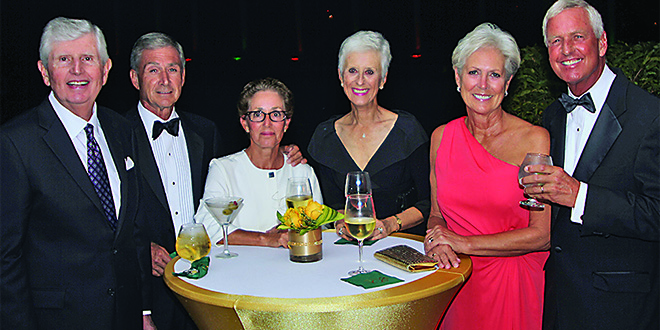 The Island Country Club opened in 1966 and, similar to Marco Island, has seen many changes over the years. In 1986 it became a privatized entity. In 1991 the original golf course, which was designed by architect Dave Wallace, was redesigned and updated. 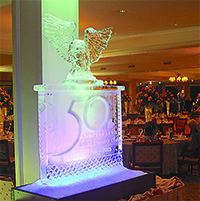 Photos by Quentin Roux: An ice sculpture welcomes guests to thedining room at the conclusion of thecocktail party.

In 2001 all 18 greens were rebuilt and in the summer of 2014 all 18 fairways were re-grassed. The club even survived a fire in 1993. The most recent renovation came in the form of a complete makeover of the golf shop and fitness center.  In April of 2017, the golf course will close for a full renovation. This will encompass all practice facilities.

To celebrate it’s historic birthday, the Island Country Club hosted a three-day event, sparing no expense. The party kicked off with a golf and tennis outing that all members were 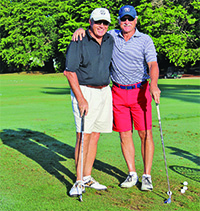 encouraged to participate in. After the outings, members were invited to a complimentary barbeque lunch with music by guitarist Steve Napp. The following night was the Anniversary Cocktail Party where hors d’ oeuvres were served and members, many of whom had not seen each other since the end of last season, caught up with one another.

The final night was comprised of the Gala Anniversary Dinner Dance, the pièce de résistance of the three-day celebration. The Island Country Club pulled out all the stops for its members. As guests rolled up to the formal 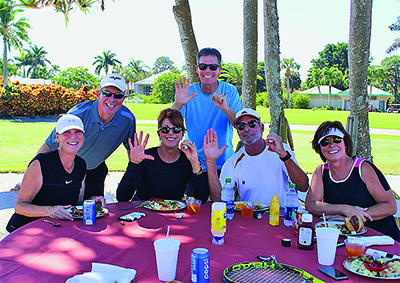 event they were met with a fog machine and dazzling lights. The dining room was alive with the musical styling of Tim Goodman’s Rhythm Kings featuring Michael D’Amore and Jackie Lee. There were ice sculptures, food and dancing. It was a night members won’t soon forget.

“The entire weekend was a fitting tribute to the 50 glorious years of the golf course and country club. The club has evolved into one of the finer private club’s in Southwest Florida. The club has developed a professional staff that is known for delivering the highest private 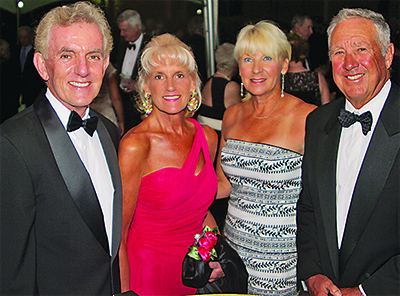 club hospitality service. With the upcoming 2017 golf course renovation the Island Country Club will further secure itself as a premier Southwest Florida private club. The members celebrated the club’s 50th Anniversary in grand style, but they have not seen anything yet, the best is yet to come!” said Peter Cizdziel, general manager and chief operating officer.

The Island Country Club is an 18-hole private club that boasts 25,000 rounds of golf per year. There are approximately 750 current members. In season the staff amounts to 90 people, off-season the number is about 50. For more information check out www.island-countryclub.org.