Is your mental game up to par? 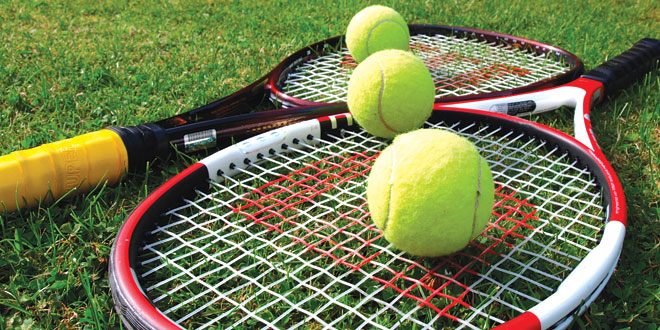 Wow, the post-Christmas weather was spectacular, and the players were excited to perform in front of a huge Hideaway Beach Club crowd. More than 125 people were ready to watch the big winner-take-all doubles battle between Naples-own (Hideaway Beach summer Head Professional) Tye Myers and his new practice buddy, Matt Browne. They competed against two tough European stars in a two-out-of-three sets battle.

The European pair started out quickly. They broke serve, and then held in dominant fashion as Myers scrambled to win his serve and stop their momentum. Once the score was knotted at three-games all, the match was completely even and headed to a first-set tie breaker.

The primary reason Browne and Myers were able to stay in the first set was Myers’ consistency, as he rarely missed a service return. Since Browne was out of action for two months with mononucleosis, Myers had to be solid and steady to keep the team close. Once the home team won the first set 7-6, they rolled to an easy second set victory 6-2. Myers continued to make all of the key shots, and then Browne began to over-power his combatants with his huge forehand drive and big American twist kick serve.

Each Christmas, I have been fortunate to coach junior tennis stars from around the country as they are out of school for the holiday season. Just about every kid that I have coached possesses a solid foundation but still need some fine tuning. Without fail, every single rising junior star needs to improve their mental game if they wish to play at the next level.

In order to alter their behavior, coaches must be willing to try several different tactics to get their attention. The unmistakable winning idea comes from my old peer, Dr. Jim Loehr, who prefers to video after the point is over. In other words, pair up two even players, and have them play several games or even one full set.

Follow the player closely as he finishes the point, and study his physical behavior, which includes his demonstrative gyrations and his verbal comments. Too many kids engage in negative talk, and too many juniors visibly show their tempers.

In just about every situation, the players will not believe their eyes. In most cases, one of the kids is either throwing his racket, yelling too often, kicking the fence, or hurrying and playing too quickly. Due to the shocking film session, players are able to make slight modifications and improve their overall play. Some kids are able to control their emotions but too many juniors allow their eyes to roam too often.

Simply put, juniors are always looking for approval, and they either look at their parents or their coaches during competition. This lack of concentration will be a killer if not contained.

Gosh, I once had a 10-and-under Florida star who had this problem. Without fail, he would look at me after every single point. During a huge tournament in Sarasota, he split sets with another top-ranked junior, and I was allowed to intervene and coach him for 10 minutes. “Darren, how bad do you want to beat this guy?”, I asked him during our break. “Coach, you know that I want to kill this guy,” Darren exclaimed. “Ok then, here is our deal for the third set. Every time you look in my direction, you owe me 50 cents. If I counted how many times you have looked over in my direction after each point, you would owe me almost $75.

“Let’s keep this simple, keep your cool, look down at your strings instead of looking at me and then compete. His forehand will breakdown if you move him around the court, but I’m more concerned with your roaming eyes and your ability to focus. Are you ready to take this guy? Let’s go,” I offered.

As shocking as it sounds, the 10-year-old Daytona flash listened to my advice, and only looked for my approval five different times as he squeaked out a tough 7-6 win. Even though he owed me $2.50, I let it ride because I was so proud of his improvement.

The bottom line is for any tennis player to succeed, he or she must focus, and stay in the moment. He or she must contend with one opponent only. If he or she is constantly looking around the tennis facility, they are not concentrating on how to beat their rival.

Are you hungry to learn about the mental side of the tennis game? If the answer is yes, I suggest two great mental coaches: Dr. Jim Loehr and Dr. Allen Fox. Please check Amazon.com. They have numerous books that will help any level of tennis player. Good luck.