Is Code Enforcement getting ready to bite? 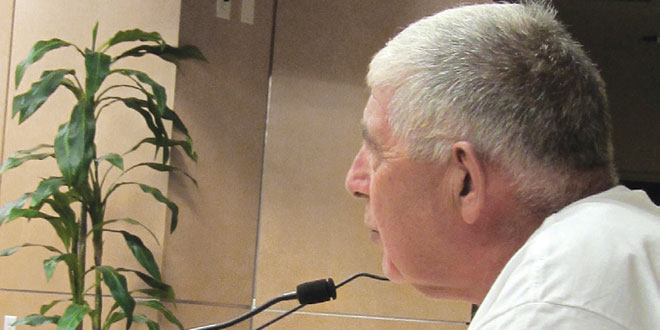 The most often used phrases at the June 11th workshop of Marco Island’s Code Enforcement Board, were about teeth and the sharpening of them.

Daphne Ricobene, paralegal with city attorney Burt Saunders’ office appealed to the Code Enforcement Board at the workshop following their meeting, for ideas to help make the Board more effective. Having just dealt with a rental property where the absentee landlord seemed unaware of existing property violations by the tenants, it seemed an opportune time to discuss who is the violator, the owner or the tenant?

Ricobene said that being restricted by the State of Florida’s statutes on vacation rentals, the City must enhance ordinances to give its staff “more teeth” and to create regulations for “what goes on inside the house”.

“We have to connect the

Code Compliance Officers Hayman (left) and Ashby listen to suggestions from the Board and from city administrators on improving Code Enforcement services. Submitted Photos

property owner to the tenant,” she said, “change the ordinances and revise procedures.”

Stating that Marco Island citizens deserve a higher quality of life by effective enforcement of regulations concerning noise and general disregard for rental properties, Ricobene pointed out the following: city staff is under fire; how the Board mitigates fines is under criticism; people facing foreclosure walk away from properties and don’t care; the banks that take over the properties don’t care; renters of properties don’t dare. With less foreclosure cases facing the Board, City Council is obviously prepared to send a message about being too lenient with some fines.

Speaking from many years of experience on the city’s Code Enforcement Board, newly-elected Chairman Richard Adams said that code enforcement deteriorated when the Board applied the rules and received too 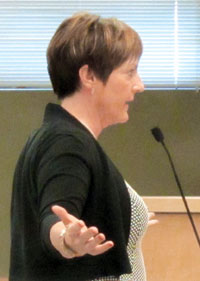 At a workshop with the city’s Code Enforcement Board, Paralegal Daphne Ricobene explains the need for changes in how violations are enforced in Marco Island.” If you violate a code on Marco Island, we’re not going to fool around anymore,” she said.

many complaints. Mitigation used to be in the hands of City Council, he said, until there were so many foreclosures with banks just trying to get a clear title and they were trying to clean up the ‘blight’ caused by neglected and abandoned properties.

“We’re not revenue raisers, just trying to get the properties into compliance.”

The Board can’t enforce the rules, he said, it just hears cases and decides on how to proceed.

Ricobene agreed that the Board does not dictate but only suggests fines — but fines can become liens, and when property owners see that, things will change. She recommended stronger communications between departments such as the po­lice and Code Compliance, so that if there is a noise complaint handled by the police, for example, both the 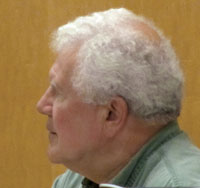 renter and the prop­erty owner would be notified immediately and both would be responsible to make corrections.

She recommended that the public be advised not to put up with noticeable vio­lations but to report them immediately and not let them escalate and get out of hand.

Councilman Sacher who attended the meeting said Police Chief Hunter had made him aware of one rental property with an absentee owner that had over 100 complaints.

“Owners get off scot-free,” Sacher said. “What can we do as a city to improve the quality of life for residents? We all know about the renters from hell — there is one house with six bedrooms.”

Sacher, who sits on the Coun­ty’s Tourist Development Board said the city is cataloguing rental properties and sending the list to the County, and 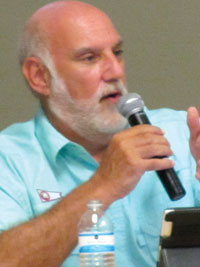 Councilman Larry Sacher told of a six-bedroom home that is used for rental purposes, described one property that had received over 100 complaints, and said residents need assistance from the city in dealing with “renters from hell” in a timely manner.

some landlords may find themselves owing a lot of money in unpaid back taxes.

New Code Board member Paul Kampmeyer said he found mitigation “too lenient” and was in favor getting owners to change the quality of their property rent­ers.

“Tears and a box of Kleenex won’t get away with a ten dollar fine anymore,” he promised.

City Chairman Joe Batte said, “Staff needs to get to work and be more proactive. They need more tools. There is no excuse not to do the job. The staff is respon­sible for the day-to-day work.”

Batte also pointed out that the work­shop was not just about rental properties, but about all compliance problems on the Island.

Ricobene agreed that although they had been referring to rentals, more than that is involved: it’s about revising the Codes, issues 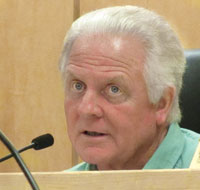 within the City such as hav­ing a boat or RV in the driveway, and issu­ing permits.

“If you violate a code on Marco Island, we’re not going to fool around anymore,” she said.

Board member and newly-appointed Vice Chairman Phil Kostelnik said he has noticed that violation complaints come from home owners, not condo owners, as condo associations have their own sets of rules and enforce them. He suggested that perhaps property owners and rental com­panies should supply lists of rules to their tenants.

Ricobene said she is working with the County, that has both a special magistrate and a Code Enforcement Board to deal with compliance issues.

“We want to send a message that cases will be dealt with fairly and there are al­ways extenuating circumstances.”

The results of her study will be reported to City Council at the July 15th meeting.