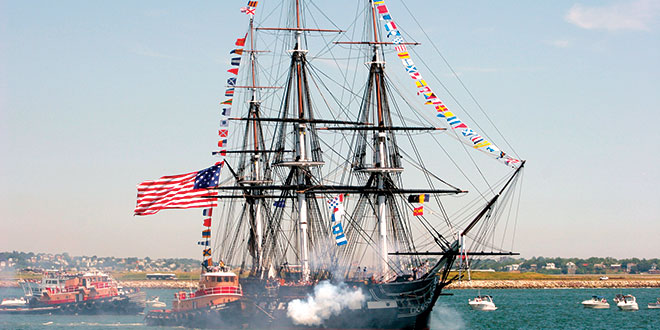 I am writing this article on July 4, 2014. Today is Independence Day. A very special day when we as Americans commemorate the adoption of the Declaration of Independence on July 4, 1776, declaring our independence from the kingdom of Great Britain, when a number of patriots said “NO” to a king and “YES” to freedom and established a representative Republic. As a naturalized citizen, one of millions who chose to pledge their allegiance to this great country, I am full of pride, happiness and patriotism. Seeing the stars and stripes fly against a perfectly blue July sky all over our beautiful Island fills me up with pride and brings tears to my eyes. Despite some polling data indicating that a large number of Americans believe that this is not the greatest country in the world, I have never doubted it, not once — not even for a fleeting moment.

Going back to World War I, Korea, Vietnam, Iraq and Afghanistan, millions of Americans unselfishly gave their lives, limbs, families and all comforts of life in pursuit of helping those in need and in the process freeing millions upon millions of enslaved people around the world, and continue to do so.

I have often asked my readers in this column over the past few years to read what I and others have written and then connect the dots. I am afraid the dots are now connecting themselves. America spent blood and treasure in Iraq getting rid of a ruthless dictator, only to leave prematurely and allow a group of radicals and terrorists to establish an Islamic Caliphate to take hold in the Middle East which will rule millions according to Sharia Law. They will attack their neighbors ruthlessly, destroy their countries in pursuit of more and more power and land grab, behead their enemies, put innocent men and women in ditches and shoot them over and over until they make sure everyone is dead. By letting this happen, we look weak; we look disorganized; we look disengaged and silly.

We are going to leave Afghanistan by year’s end, leaving the country in the hands of the Taliban who will enslave women, destroy historical sites, kill those who do not agree with them and menace their neighbors.

We let Al-Qaeda in Benghazi attack our Consulate facility; assassinate our Ambassador and three brave Americans; and we did absolutely nothing to help them. Our leaders in the government chose to spend months and months trying to cover up our lack of action for political reasons instead of going after the attackers and the killers who roamed the streets of Benghazi as though they were tourists from a foreign country.

An American Marine Sergeant who served two tours in Iraq in the service of our country made a wrong turn and ended up in Mexico. He had legal weapons in the trunk of his car which 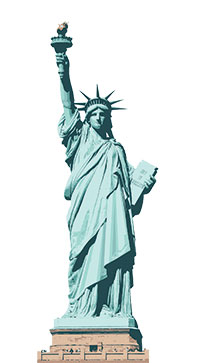 caused him to be arrested and put in a filthy jail in Mexico and held captive by the Mexican government for the past three months. We as Americans were frustrated but our elected leaders in our government did absolutely nothing to get him freed. He spent this Independence Day in jail, not knowing what the next day will bring.

We are now allowing thousands of young children shipped from Central and South America via Mexico by human traffickers enter our country illegally because our elected government refuses to secure our borders and allows this potentially dangerous situation to continue.

Nearly 300 young girls were abducted by Boko Haram Islamic Terror group in Nigeria over two months ago; our politicians made passionate speeches and screamed “we want our girls back.” The girls are still missing, and we have done nothing except give speeches.

Five hard-core Al Qaeda terrorists were released to Qatar in order to get back a deserter who left his fellow soldiers in harm’s way and joined the enemy indicating “he hated America and all that she stands for.”

Our sensibilities as Americans are being tested every day.

One thing we are not is we are not stupid people, and we as a nation will finally see the light. We will see the failure of the leadership and make sure they are no longer in leadership positions. Once again we will lead from the front and not from behind.

Today, as I rejoice in being a citizen of the greatest country in the history of the world, I recall the immortal words of the greatest American President in my life time, Ronald Reagan. They ring true today as they did all those years ago.

“The men of Normandy had faith that what they were doing was right, faith that they fought for all humanity, faith that a just God would grant them mercy on this beachhead or on the next. It was the deep knowledge — and pray God we have not lost it — that there is a profound, moral difference between the use of force for liberation and the use of force for conquest. You were here to liberate, not to conquer, and so you and those others did not doubt your cause. And you were right not to doubt. You all knew that some things are worth dying for. One’s country is worth dying for, and democracy is worth dying for, because it’s the most deeply honorable form of government ever devised by man.” — Ronald Reagan, 40th anniversary of the D-Day invasion at Normandy, France

Mr. Reagan, your prayers have been answered; there are many of us who have not lost it; and when called, we will go. When bullied, we will fight, and when asked, we will die for our country and the principals it stands for. And on this exceptional day in America, I will stand on my porch when the fireworks light up the sky and scream at the top of my voice: GOD BLESS AMERICA!