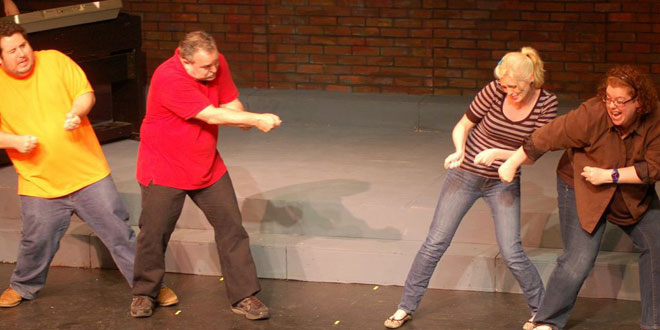 The Island Theater Company brings the very popular Stage 2 Improv to Marco Island March 21st & 22nd. Stage 2 Improv is a Naples-based improvisational theatre group featuring scenes, games and songs that are created right before your very eyes! If you liked the television show “Whose Line is it Anyway”? and the improv troop The Second City, you’ll love this!

The actors utilize information given by the audience to build the show! Every scene and game is driven by suggestions from the audience. Some games may even feature audience participation!

Tickets are $20 and on sale at Centennial Bank / 615 Elkcam Circle, or at the Marco Island Historical Society Gift Shop / 180 S. Heathwood. To reserve tickets call 239-394-0080. Online tickets are available at www.theateronmarco.com.  Both shows will be presented at The Rose History Auditorium, 180 S. Heathwood Drive, Marco Island.