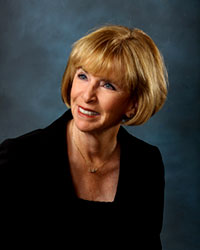 Imperial Golf Club is pleased to announce that Sunny McCown, Ph.D., was named President of its Board of Directors at the Club’s Annual Meeting on Tuesday, February 18. She had served as Imperial’s first elected female Board Director and now is Imperial Golf Club’s first female president.

McCown has held many titles at Imperial Golf Club since she and her husband joined the Club in 2002. Her most recent roles include that of Club Historian, Membership Chair and Secretary of Imperial’s Board of Directors. She served for 6 years in the Women’s Golf Association, including the position of president. She was also Women’s Club Champion in 2003. For more information, please call 239.597.8165, e-mail MMDirector@ImperialGolfClub.org, or visit www.ImperialGolfClub.org.