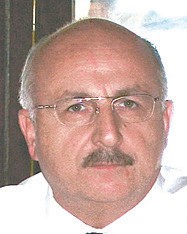 Most of you who are my age may remember the John Lennon song, “Imagine.” It has been playing in my mind since very early this dark and dreary Sunday morning, watching the latest updates from London, England.

Imagine there’s no heaven, it’s easy if you try

No hell below us, above us, only skies

Imagine all the people living for today, yah hey yeah

Imagine there’s no countries, it isn’t hard to do

Nothing to kill or die for, no

And no religion, too, oh

Imagine all the people living life in peace, yoo ooo.

How wonderful it was back in the sixties, we were all singing along with the Beatles and imagining a world with no countries, no religion, nothing to kill or to die for… Oh how far away and totally unrealistic that sounds to us now.

People from far away countries were invited to come and join us, and then they turned around and killed us because of their religion; or so they said! They must have something to die and to kill for since they put on homicide vests and came among us to kill us and die for what they think is a noble cause which would take them to heaven. They did not agree with John Lennon that there was a world without any religion; they had theirs we had ours and they want to impose theirs on us.

You, you may say I’m a dreamer

But I’m not the only one

I hope someday you’ll join us

Yes, we were all dreamers back in the sixties; imagining the world could be one if they joined us. Yes, they did join us but not to make the world into one but to kill and maim us, hoping to change us. They killed our dreams on September 11 in New York; again, in Paris, in Istanbul, in Manchester and yesterday in London, England. And wasn’t John Lennon from England? Is there a poetic justice in all this? Yes, I am upset. Yes, I am sick to my stomach every time I see these evildoers who kill, maim and destroy the lives of the very people who invited them in, fed them and offered them a better life.

I wonder if you can

No need for greed or hunger

A brotherhood of man, oh

Imagine all the people sharing all the world.

No John, I can’t imagine having no possessions anymore and after spending billions and billions of dollars feeding the hungry and the needy around the world. I can’t imagine a “brotherhood of man… all the people sharing all the world.” Communists and Socialists killed that dream. Look at Venezuela, a country with the largest proven reserves of petroleum in the world where Socialism only brought hunger and depravation where children and babies are dying in their mothers’ arms for lack of food and medicine. North Korea where a mental midget dictator wannabe is starving his own people and building rockets to kill the rest of us!

You may say I’m a dreamer

But I’m not the only one

I hope someday you’ll join us

And the world will live as one.

We innocently thought that if they joined us, it would make it possible for the world to live as one. But, the evildoers killed that dream too. Whatever their beliefs may be; whoever they may be, once they started attacking us in our cities, our homes, our churches and schools, it was clear to me that they must be stopped and they must be stopped now.

Do not let them come in. Catch and throw out all those who do not want to join us. It is both an honor and a privilege to visit our country. Stop the evildoers from coming here. Stop the political correctness that is going to kill all of us. Stop the “sanctuary city” garbage. Stop the politicians parading as federal judges. Stop the mayors and the governors who are destroying our country day by day with their selfserving actions.

Make them obey the laws of our country. Federal statute (8 U.S.C. §1182(f)) cited by the president in his executive order to strongly vet those who are coming to America from countries supporting or sustaining terrorism, gives the president of the United States the authority to suspend the entry of any aliens or class of aliens into the U.S. if he believes it “would be detrimental to the interests of the United States.” And he can do so “for such period as he shall deem necessary.” It is time to ask so-called federal judges “What part of this do you not understand?”

So, I am no longer a dreamer, John. I have become a realist who sees the world as it is and not as I want it to be. The sixties bubble we all lived in had burst a long time ago. We are in the real world now. And in this real world, I want to be able to walk upon the seashore in Paris, a market in Germany or over the London Bridge without fear of a van running over me. I want to be able to visit the new World Trade Center in New York without the fear of jetliners crashing into it. I want to be able to buy concert tickets for my grandchildren without the fear of a mindless individual, radicalized by the nearest mosque, blowing himself apart to go to heaven and killing or maiming my loved ones. I want my grandchildren to go to heaven on their own terms and not by nails and ball bearings shot by a radicalized animal.

I am no longer interested in your oneworld theory John. That died along with you on December 8, 1980 at the archway of the Dakota Apartments where you lived.

And I can no longer imagine! I can’t imagine anything at all.

John, I would have liked to “give peace a chance,” but that option no longer exits. That finally ended for me “yesterday” on the London Bridge.